Report: In Venezuela, Cartels Are Part of Regime

If Nicolas Maduro wins another term, cocaine cartels will further secure their foothold in the government, InSight Crime reported Thursday. 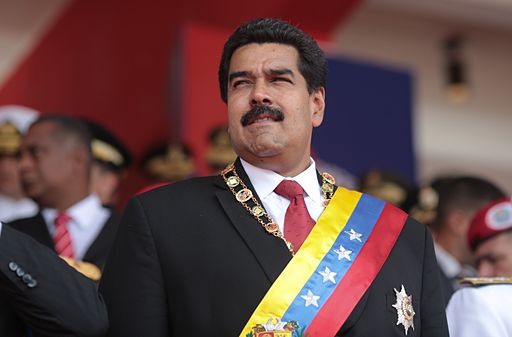 “Instead of sidelining those accused of drug trafficking, Maduro has promoted them to the highest offices, perhaps calculating that they have the most to lose if his regime falls and will therefore fight the hardest to preserve it,” Insight Crime said.

Generals in the Venezuelan National Guard wear golden stars on their epaulets and the term “Cartel of the Suns” was first used in 1993 when two national guards, including an anti-drugs chief, were investigated for human trafficking.

US authorities are currently investigating Vice President Tareck El Aissami for drug trafficking. Maduro appointed him in 2017 for “the fight against criminals, the fight to clean up the national and regional police force, and the fight against the terrorists in the extreme right wing,” according to the Associated Press.

Opposition parties have accused El Aissami of being “the narco of Aragua,” the state he used to govern, and in 2015, anonymous sources told El Nuevo Herald that El Aissami was a potential accomplice when the nephews of First Lady Cilia Flores were found guilty by New York Federal Court of conspiracy to produce and import cocaine.

Flores’ son, a judge in the Caracas Metropolitan Area, was also under investigation in 2015, according to El Nuevo Herald and Flores was also linked to Venezuelan pilot Captain Yazenky Antonio Lamas Rondon, who was extradited to the US from Colombia for over a hundred drug runs between Venezuela and the Caribbean.

Interior Minister Major General Nestor Reverol, former head of the national guard, has been indicted in the US for warning drug traffickers, blocking investigations, releasing narcos, and returning their seized drugs back to them.

National Assembly member Diosdado Caballo, is said to be one of the most powerful men behind Maduro. An anonymous source in the US Justice Department told InSight Crime that he is “up to his neck in all sorts of illegal activity in Venezuela and we are building a case against him.”

Caballo is good at protecting himself and keeping a distance from the dirty work, the source said. However, in 2015, the Wall Street Journal revealed that he was being investigated for drug trafficking.

In response, Caballo sued the Wall Street Journal for defamation but the case was rejected by a US court.

Caballo’s former chief of security also testified that he plays a major role in the drug trade that goes through Venezuela.

Read InSight Crime’s full report on the links between Venezuela’s drug trade and its government here.