The United Nations’ aviation agency said airlines should make it mandatory for their cabin crew to learn how to identify and respond to human trafficking, according to training guidelines released on Monday. 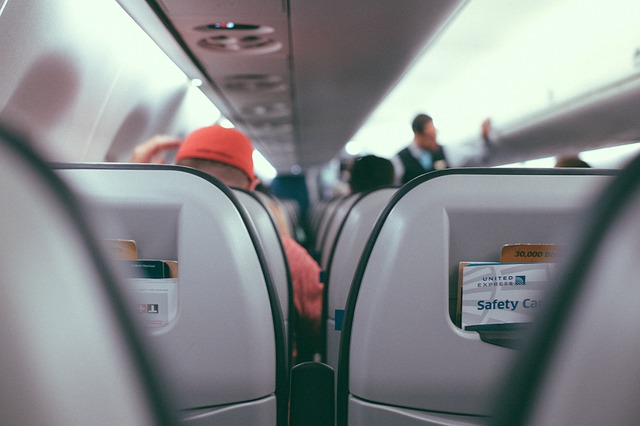 Inside Airplane (From: Pixabay)The Montreal-based agency wants aviation authorities to require airlines to “develop policies, procedures, training and guidance for their employees.” The document sets out a framework and topics that UN member states and airlines should include in cabin crew training.

Flight attendants should be mindful when a passenger is submissive to a travel companion, avoids eye contact, distrusts authority figures, is not in control of documentation, doesn’t have money or personal belongings, is not wearing clothes appropriate for the journey or destination, or is unaware of the final destination.

When a crew member thinks they have identified a victim, they are told not to confront the trafficker or attempts to rescue the victim. They should be discreet when relaying information and not raise suspicion.

The UN’s International Civil Aviation Organization said that, together with the UN High Commissioner’s Office for Human Rights, it has published a “powerful tool” to combat traffickers and help their victims.

As a hidden crime, meaning victims rarely come forward out of fear, it is important that people recognize the symptoms of human trafficking, which the UN considers a violation of human rights.

Ina Hut, the director of CoMensha, the Dutch coordination center that monitors human trafficking in the Netherlands and raises awareness of the issue, told OCCRP that they are excited about the new guidelines.

"Airlines have an important role in remarking and combatting human trafficking," she said. "Victims from abroad often travel by air. CoMensha is in contact with airlines to raise awareness of human trafficking."

Human trafficking, or modern-day slavery, is the second-most profitable form of transnational crime. The announcement also states that in 2017, 24.9 million people were forced to do domestic, construction, factory, farm, fishing, and sex work. Another 15.4 million lived in forced marriage. Both are forms of human trafficking.

While ICAO cannot impose rules on governments, it does have influence in civil aviation as its standards are followed by the 192 member countries, Reuters reported.

In the United States, training for cabin crew is mandatory but it is unsure whether countries where this is not the case will also implement the guidelines.

In the past there have been cases where flight attendants were able to rescue victims of modern slavery as they spend hours with them and the traffickers in the air.

Besides training cabin crew, the report also recommends training pilots and people that work behind the check-in counters.