After a two-year investigation, 300 heavily armed police officers bursted the doors of more than 100 villas and apartments in the early morning hours and arrested 19 alleged members of one of Lithuania’s most dangerous crime groups. 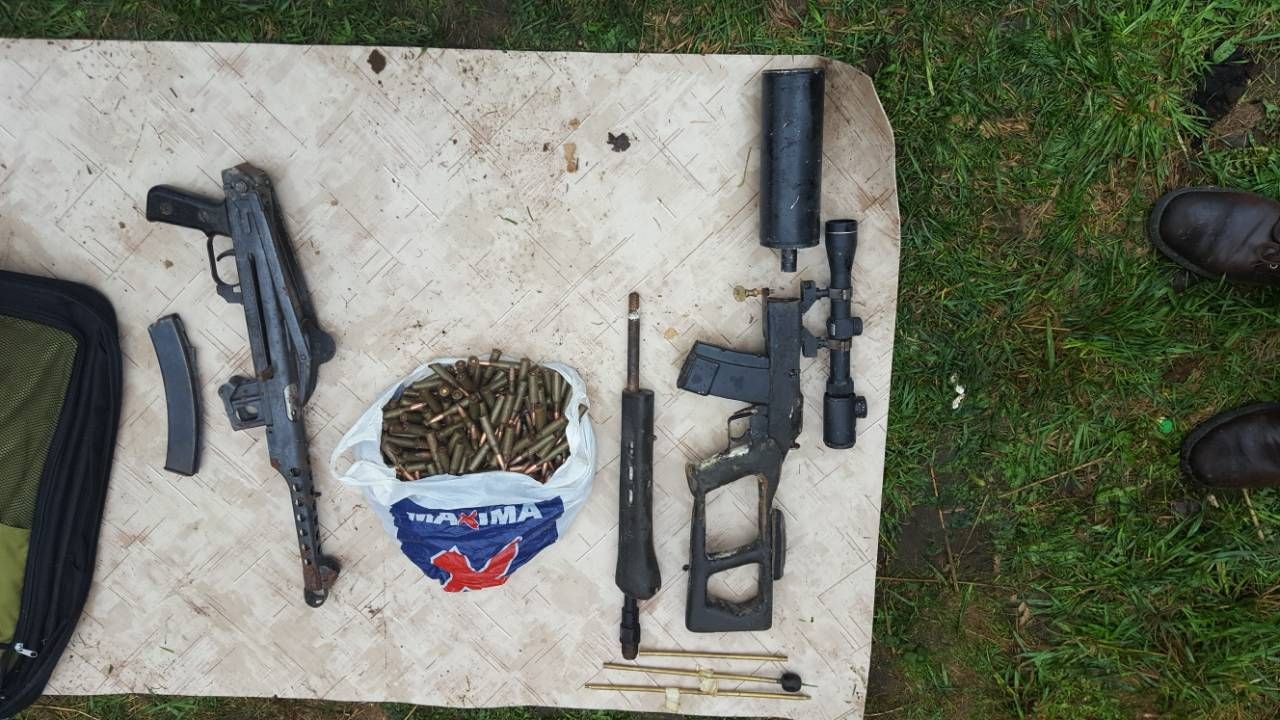 Siezed rifles from the raids (From: Lithuanian Police)A police video of the operation shows the country’s special forces, the ARAS units, handcuffing sleepy men in underwear and then dragging them out of their homes wearing tracksuits.

The officers seized high-value properties, “a large number of automatic and semi-automatic firearms, ammunition and explosive substances,” according to a Wednesday Europol press release. They also found fur coats, motorcycles and sports cars such as Porches and towed away tens of luxury sedans.

One officer is seen uncovering package after package of thousands of euros in the video.

The group used various money-laundering schemes that involved legal entities and limited ownership of assets worth millions of euros. It maintained “strong links” with other organized criminal groups in Lithuania and abroad, according to a police statement.

The organization, known as “ONG,” operated from the country’s second largest city of Kaunas and is suspected of smuggling drugs and weapons and committing violent crimes.

The investigation was conducted jointly by Europol, Lithuania’s Organized Crime and Corruption Investigation Department, the Netherlands and other EU partner countries.

Sentences for being involved in an armed criminal organization in Lithuania range from six to 20 years in prison and for holding key positions 10 to life.