Austrian and Romanian authorities have arrested 11 suspects of organized migrant smuggling and seized documents, phones and money while searching 25 properties, the EU’s Judicial Cooperation Unit, Eurojust, said in a statement on Tuesday. 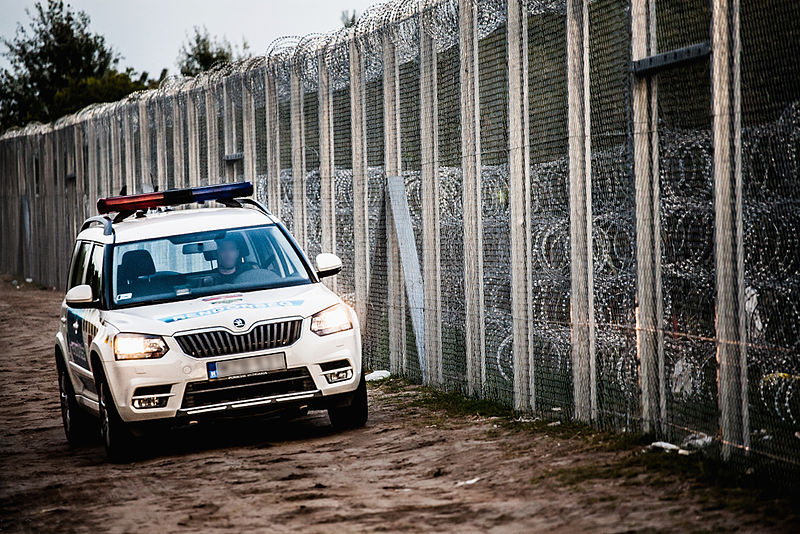 Police vehicle at Hungary-Serbia border (Photo Credit: Bor Benedek, CC2.0)According to a separate statement from Europol, a Pakistani national coordinated the operation along with EU nationals. The crime group allegedly organized illegal transports of migrants and refugees from Afghanistan, Pakistan, Syria, and Iraq. The smugglers would charge fees from US$ 1,800 to over $ 8,000 for smuggling people through Turkey, Bulgaria, Serbia, Croatia, Slovenia, and Hungary.

Smugglers are suspected of having bribed border police at the crossing to Hungary where the Schengen zone begins, according to the Associated Press.

The smuggled migrants would often seek asylum in Austria, Germany, Italy, and France.

“In 2017 alone, the organized crime group was responsible for six large-scale transports of migrants from Romania to Austria that were intercepted by the national law enforcement authorities,” the Eurojust statement said, adding that more than 180 migrants were smuggled in 2017 this way.

Members of the group had different roles in the process—some being tasked with finding people at asylum centers, others with moving them to borders to hand them over to those who would transport them into and around the EU through recruited truck drivers.

“People smugglers are using green borders less and less (through a forest or field for example), as border control mechanisms have been ramped up in the Balkan countries, at external EU borders and in the Schengen area. Smugglers now opt for different means of transportation, such as lorries,” said Europol.

Europol noted that the criminal gangs operating these illegal transports pose a threat to the lives of the migrants and refugees who pay to get to Europe.