Corruption charges against former head of French energy conglomerate Areva in regards to a corporate acquisition have also revealed potential illicit payments made to a Namibian mining company and the country’s president. 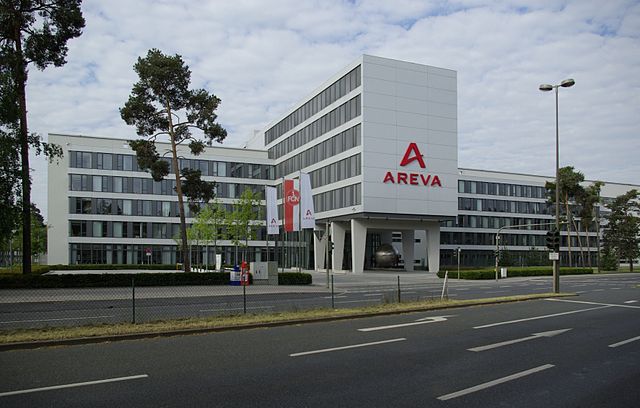 One of French energy firm Areva's offices. (Source: Janericloebe, CC BY 3.0)Sebastian de Montessus was charged in late March along with three other company employees for allegedly overvaluing the 2007 sale of the Canadian mining company UraNim to conceal its falling market value among other shady dealings in Central Africa, according to a report by the AFP, released Saturday.

The charges list embezzlement, bribery of foreign officials, and breach of trust for the group’s conduct in the transaction and related projects in Namibia, South Africa, and the Central African Republic.

The focus of the court is on two contracts in which Areva disbursed almost US$6.9 million in 2009 and 2010 in favor of the Namibian mining group United Africa Group (UAG).

Prosecutors are also seeking answers for monthly payments of  USD$10,000 in 2008 and 2009 to current Namibian President Hage Geingob while he was the Minister of Commerce and Industry.

Sébastien de Montessus also allegedly received a transfer of 750,000 euros for facilitating the sale of a luxury yacht.

This is not the first scandal Areva has been implicated in. In March, the company agreed to pay US$554million to a Finnish nuclear company for cost overruns and delays in the construction of a reactor.