Switzerland needs to do more to protect whistleblowers, prosecute companies and apply tougher sanctions, the Organisation for Economic Cooperation and Development has said, following the publication of an anti-bribery report in the Alpine nation. 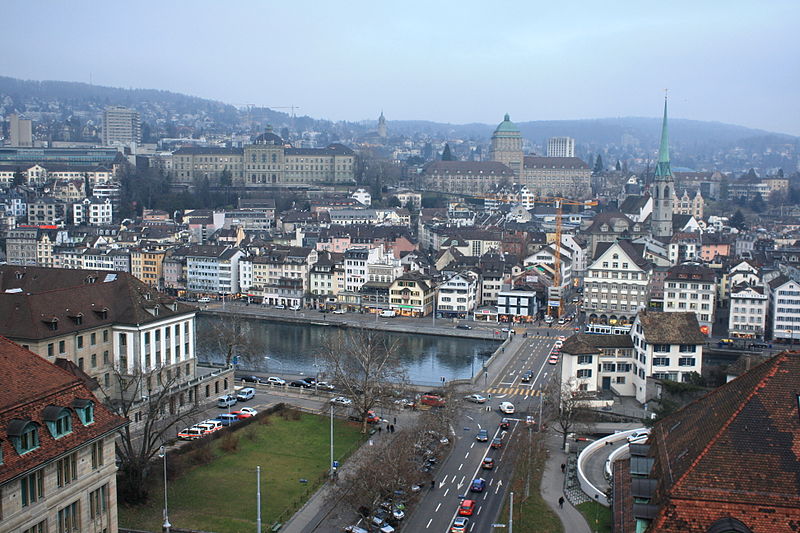 Zurich, Switzerland's premier financial centre (Photo: Wikimedia)The Paris-based intergovernmental body highlighted that there have only been 11 convictions in corruption-related cases in almost a decade, despite the fact the Swiss economy is particularly vulnerable to corruption.

This is primarily due to the export-driven nature of the economy, 62.9% – twice that of other high-income economies – which generates the majority of Switzerland's wealth.

The report noted that the sheer nature of many of these exports, including financial transactions, raw materials, metals and pharmaceutical products, raise “acute risks of foreign bribery.”

The large number of international organisations based in Switzerland also presents a “specific risk of corruption," the report says, before reminding Swiss authorities that they have the jurisdiction to investigate any possible crimes.

The OECD made a series of recommendations for the Swiss to consider. It said that more should be done to encourage whistleblowers, who are currently strongly discouraged from publicising wrongdoing since there is no protective legal framework if they do come out.

The limit on the current maximum fine, CHF five million (US$5.3 million), for bribery should also be raised, according to the organisation, since it is not large enough to dissuade large companies from the practice.

It also cited difficulties it had in obtaining information from cantonal authorities in preparation of the report, demonstrating the need for greater transparency and a federal approach to data collection.

The OECD working group did, however, applaud Swiss authorities for cracking down on the bribery of foreign public officials in recent years. There were 137 investigations for money laundering and foreign bribery in 2016, compared to 24 in 2011.

Transparency International rank Switzerland as one of the least corrupt nations in the world on their perceptions index where the landlocked nation are joint-third.