Increases in private military and security companies have contributed to corruption and human rights violations in Latin America, according to new research by Inter-American Dialogue. The report indicates that for the region’s wealthy, security can be bought and these units can go unchecked. 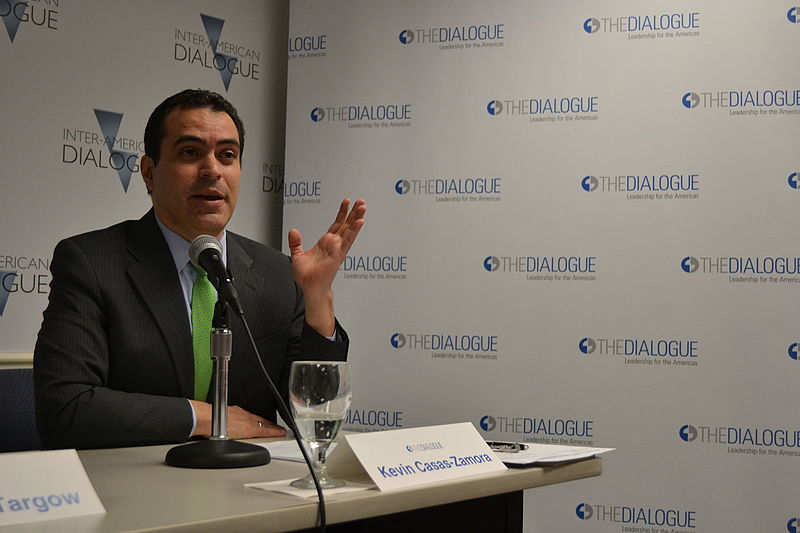 Presenter at Inter-American Dialogue (Photo Credit: Wiki Commons)With over 16,000 companies (PMSCs) in operation that employ over two million people, these security companies hire more citizens than the police. Though this is a phenomenon worldwide, the amount working for the PMSCs in Latin America is significant.

The study estimates the ratio to be four members of PMSCs to one police officer in Brazil, five to one in Guatemala, and seven to one in Honduras.

Local and foreign governments often hire PMSCs to provide training and security and to assist with public security forces. However, most of the work of the PMSCs are conducted for private groups that can pay for their own security.

The rise of PMSCs is not surprising, the report states. However, government must address policy questions whenever these companies contribute to the region’s violence and crime by “trafficking in weapons or attacking citizens who stand in the way of their clients’ interests.”

In some cases, this has meant killing local people and activists who have demonstrated against clients, especially larger clients like corporations searching for oil or other natural resources.

Further complicating the accountability of PMSCs within these countries is the lack of registration. Every Latin American country has laws on registering PMSCs, but they do not enforce them. In fact, some PMSCs avoid registration because of the expensive fees involved.

“It’s easier to just find a group of friends and start offering services to nearby local businesses that need security but can’t afford the prices, plus tax, of the regulated firms,” said James Bosworth who co-wrote the report, according to Reuters.

The report recommends Latin American governments use the Montreux Document, an international agreement that provides a framework for PMSCs in war zones, as a guide to regulate local PMSCs as well as actually enforcing current laws when PMSCs violate them.