The Guatemalan government removed 11 police investigators from the country’s anti-corruption body on Tuesday, which interpreted the move as an attempt to impede investigations implicating high-ranking politicians and their relatives. 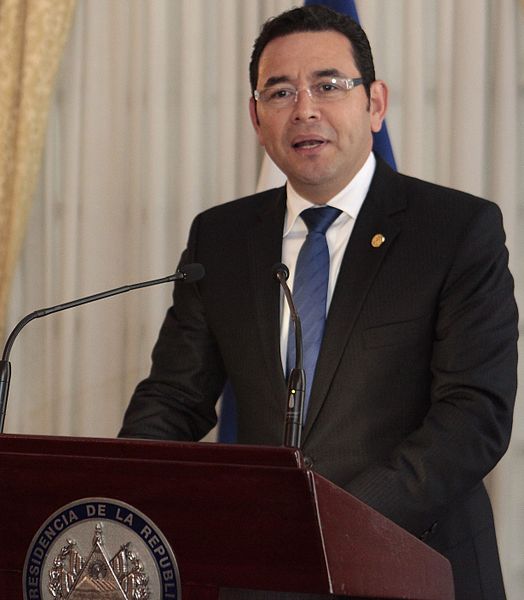 President Jimmy Morales (Photo: Presidencia de El Salvador, CC BY-SA 1.0)The International Commission Against Impunity for Corruption in Guatemala (CICIG) was formed in 2006 by a U.N. decree to investigate widespread high-level corruption that has implicated former president Otto Perez Molina, and is now investigating sitting president Jimmy Morales along with dozens of other ministers, politicians, and businessman.

In a news release, CICIG called on the original decree signed by the Guatemalan government pledging to do everything in its power to assist the work of the commission, and to dedicate the necessary resources to successfully prosecute corruption in the country.

“We have sent an urgent letter to the Minister of Governance, Enrique Antonio Degenhart Asturias, requesting information on the dismissal of these officers and that they be returned to their posts as soon as possible,” the press release said.

Commission head Ivan Velasquez said the aim of their removal was to obstruct the investigations that have implicated high-ranking politicians and their relatives, the Associated Press reported.

This is not the first time the government has shown unfriendly attitude toward the commission; President Morales tried to expel Velasquez in August, but was blocked by the country’s top court.

Guatemala has been plagued by mass protests and calls for the removal of the current president after his son and brother were arrested for fraud, and more than half of congress is alleged to have created a “corruption pact” to uphold immunity for politicians.

The commission has been popular amongst Guatemalans for their effective investigations that expose crooked politicians.