Swiss police arrested on Monday two executives in connection with a lawsuit launched by the Venezuelan state oil company PDVSA against a group of partner companies, claiming they had stolen billions in oil revenues from Venezuelans, the Washington Post reported. 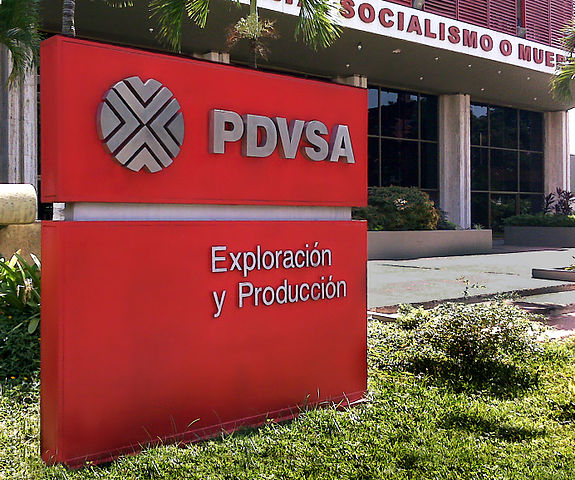 The entrance of the PDVSA building in Maracaibo; the sign above the building door reads "Homeland, Socialism, or Death" (Source: The Photographer, CC BY 3.0)PDVSA filed the lawsuit late last week against Miami-based company, Helsinge Inc., for allegedly obtaining inside information, and rigging bids by bribing PDVSA officials, including former Vice President, Ysmel Serrano. This way they secured below-market value on petroleum products.

Prosecutors in Geneva have confirmed the arrests of two unidentified executives were made in regards to a probe on bribing foreign officials and money laundering.

The lawsuit follows a corruption crackdown in PDVSA by the Venezuelan government which resulted in the jailing of a dozen employees for various corruption offenses, Reuters reported.

The complaint alleges that through the Panama-registered company Helsinge, a number of oil partners cheated Venezuela out of billions since 2004. The plan included the cloning of the PDVSA’s computers to steal confidential information to further sabotage competition and fix prices.

“I think this lawsuit ... illustrates the extent to which PDVSA and the Republic of Venezuela are now prepared to go after corruption regardless of who the people involved are,” said David Boies, chairman of law firm Boies Schiller Flexner which is representing the trust the PDVSA is using to initiate the lawsuit, in an interview to Reuters.