The chief of a Honduran anti-corruption mission announced his resignation in an open letter posted on Twitter Thursday, saying he was disappointed with the lack of support from the mission’s international founding body during a time of increasing hostility from the government. 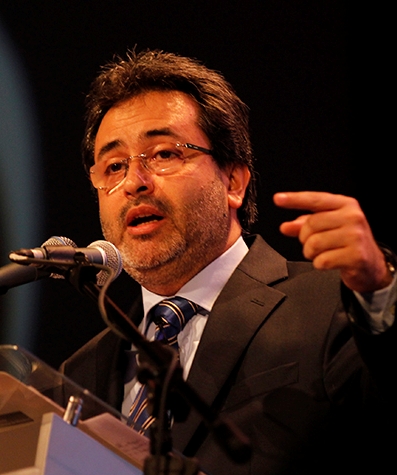 Juan Jimenez Mayor (Photo: Simon Chara, CC-BY-SA-2.0)Juan Jimenez Mayor headed the Mission to Support the Fight Against Corruption and Impunity in Honduras, MACCIH, which was created by the Organization of American States, OAS, in 2016 on request of the Honduran government. At the time, the government was under public pressure to start dealing with corruption, according to Reuters.

Jimenez said he traveled to Washington to seek the help of the OAS to advance the corruption  investigations in Honduras and deal with the pressure the mission was exposed to but that the secretary general of the OAS, Luis Almagro, failed to attend the scheduled meeting.

Almagro accepted Jimenez’s resignation in an open letter published on February 16. In his response, Almagro wrote that “the reasons given [in Jimenez’s statement] are seriously lacking in truth.”

Juan Orlando Hernandez, the Honduran president, and his allies in the Honduran Congress, were perceived by Jimenez to have sabotaged MACCIH’s anti-corruption efforts.

For example, in January, the mission helped charge five legislators with stealing public money intended for social projects. After the charges were announced, the Honduran Congress passed a new budget law freezing further investigations into where the money for those particular social projects had been spent. A judge subsequently dismissed the charges against the legislators suspected of corruption.

Almagro is in charge of appointing Jimenez’ successor.

A Honduras expert at the Woodrow Wilson International Center for Scholars in Washington wrote an email to The New York Times explaining the consequences of Jimenez’ resignation.

“The question now is whether Almagro will step up and appoint a qualified and experienced prosecutor to replace Juan Jimenez or simply appoint a diplomat disinclined to ruffle feathers in Honduras,” Eric L. Olson, wrote.

“That would be disastrous.”