The Czech Parliament has voted to strip Prime Minister Andrej Babis of immunity, leaving him open to prosecution for fraud charges amounting to over US$ 2 million. 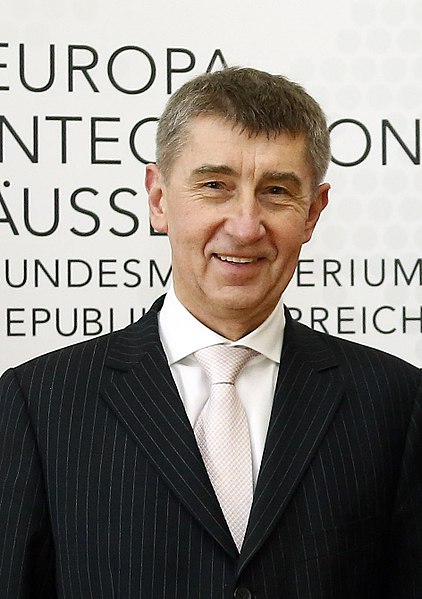 Andrej Babis has been stripped of immunity (Photo: Fotostream des österreichischen Bundesministeriums für Europa, CC-BY-2.0)Babis told lawmakers to revoke his immunity last week, Reuters reported. And he denies the fraud allegations against him and Jaroslav Faltynek, the deputy chairman of his ANO party.

Babis is a billionaire—the second richest man in the Czech Republic—and faces police charges that he hid his company’s ownership of an upscale hotel complex so that it would qualify for millions of dollars worth of EU small-business subsidies.

The EU anti-fraud office's (OLAF) investigation into Babis and his hotel complex--known as Capi Hnizdo, or “Stork’s Nest” for its woven wooden exterior—began in November of 2015. According to The Guardian, OLAF’s report concluded that there were “irregularities” in the acquisition of the multi-million dollar EU subsidy for Capi Hnizdo.

Allegedly, Babis illegally transferred ownership of the Capi Hnizdo complex from Agrofert, his company, to a much smaller company with anonymous shareholders so that it would qualify for the subsidies. Apparently, the new shareholders were Babis’s adult son and daughter, his then partner—now wife—Monika, and her brother. Babis seems to have personally gifted the shares to his family members. Further, Agrofert, which has been controlled by a family trust since Babis became prime minister, has since re-assumed ownership of Capi Hnizdo.

Upon being formally charged with fraud in October, Babis stated that the allegations were a plot orchestrated by political adversaries, according to Reuters. At that point he was running for a new mandate from parliament on an anti-corruption and pro-business platform.

Babis’ immunity had already been lifted by lawmakers once, but he regained it in when he and his party won last year's parliamentary elections.

Pressures have mounted this January, as the two Czech presidential candidates facing a run-off election at the end of the month have made opposite promises regarding Babis’ continuation as prime minister.

Jiri Drahos, the challenger to current president Milos Zeman, has said that if he wins he will not allow Babis to remain as prime minister because of the charges. On the other hand, Zeman has promised to keep Babis as prime minister, despite the charges and his loss of a confidence vote in parliament last week, according to The Guardian.

Babis and Faltynek, a former executive at Babis’ Agrofert company, face potential prison sentences if the fraud case is brought to court and they are found guilty.