Thousands of Israelis took to the streets of Tel Aviv this weekend for the eighth consecutive week to protest corruption and to pressure Benjamin Netanyahu to resign as prime minister, the Times of Israel reported. 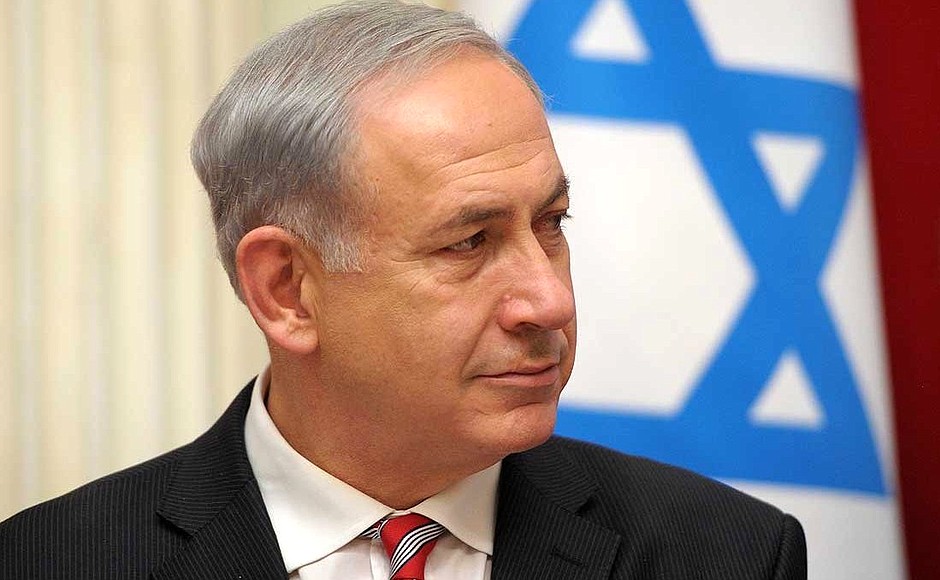 Benjamin Netanyahu at a conference (Photo: Kremlin)The protesters marched to the home of Kobi Maimon, the Israeli gas magnate who may have benefited from political connections in a deal worth US $20 billion, according to Yair Netanyahu, the prime minister’s son, in a recording that emerged earlier this month.

According to reports in the Israeli press, Yair said to Ori Maimon: “Bro, my dad now arranged for you a $20 billion deal and you can’t spot me 400 shekels?”

Yair, Ori and others were leaving a strip club when they began arguing. Yair reportedly told his companion: “Bro, you got to spot me. My dad made an awesome deal for your dad. Bro, he fought, fought in the Knesset for this, bro.”

The disclosure of the tape was accompanied by the revelation that a government-paid security team was ferrying Yail and others between strip clubs to club. Although it was already known that Yail had his own security detail, the nature of their role sparked a fresh wave of controversy in Israel.

One protest organizer, Eldad Yaniv, criticized the 2016 gas deal, which detractors have said creates a monopoly in the gas market and will lead to higher prices.

“There is no real opposition. We are currently staging weekly protests and calling only for recommendations by the police” said Yanif. “Doubtlessly, thousands of Israelis are going to join the anti-corruption protests soon.”

As well as the main rally in Tel Aviv, smaller scale anti-corruption protests held in Jerusalem, Haifa, and Afula, according to the Times of Israel.

Benjamin Netanyahu is under investigation in two cases of supposed corruption. It is alleged that he bribed the publisher of a popular Hebrew-language newspaper for more favorable coverage and that prominent businessmen bribed him. He denies any wrongdoing.