The Zambian President has vowed to fire corrupt ministers as he apparently seeks to deflect criticism from his increasingly dictatorial rule. 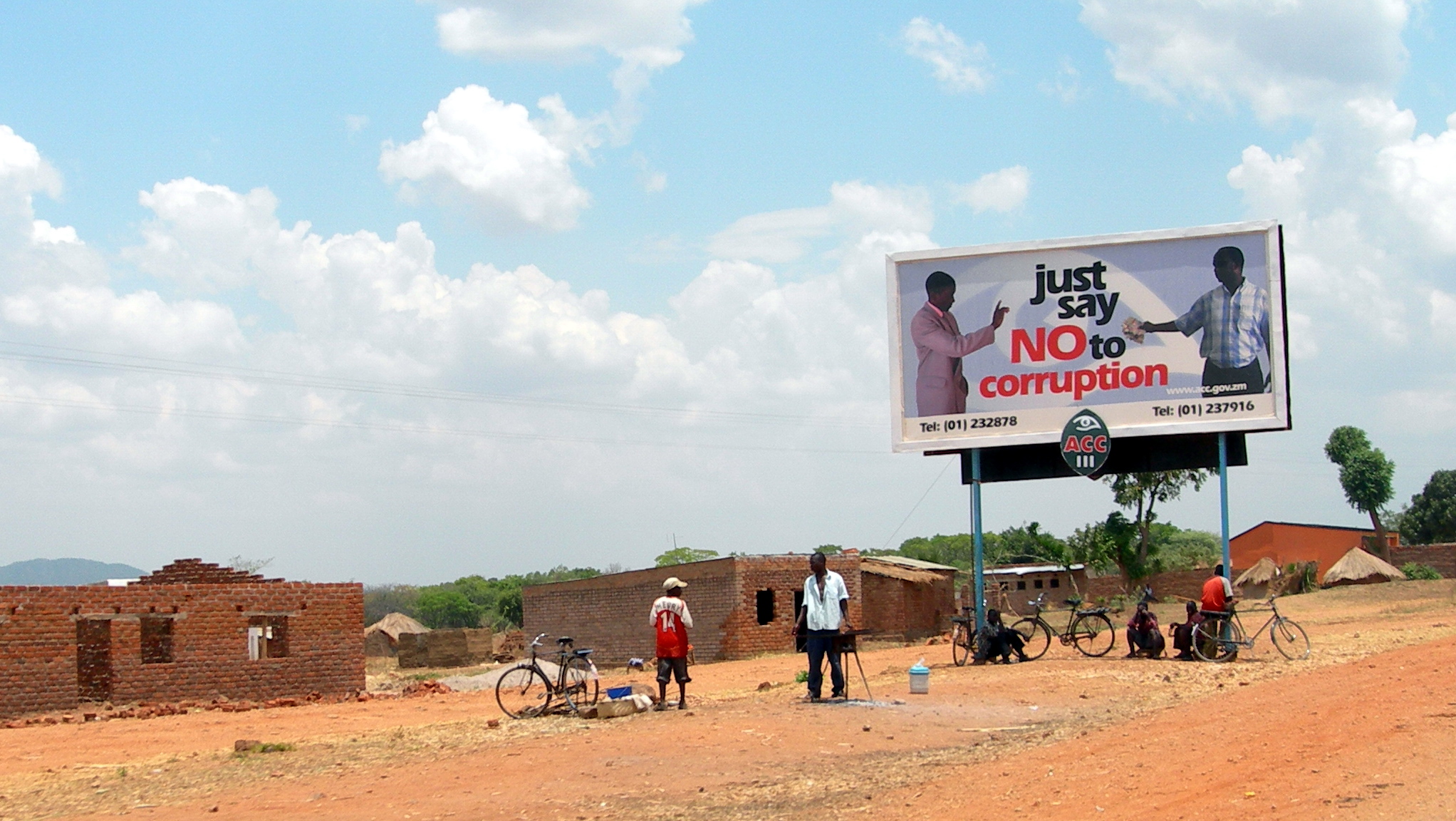 A Zambian billboard implores people to say no to corruption (Photo: Wikimedia Commons)"Lately I’ve seen an increase in acts of corruption amongst our people,” Edgar Lungu said in an unconfirmed recording published on Sunday by the Zambian Watchdog. “We have integrity committees at places of work and ministries but they are not working.”

“There is so much corruption, so much corruption that you can smell it,” he continued. “I have seen deposits in peoples accounts, huge amounts on a daily basis, for people who are not in industry, business, commerce or trade.

The comments are likely to be seen as an attempt to undermine criticism of his own leadership following accusations of growing authoritarianism.

According to the BBC, he said his decision was prompted by “swelling” levels of corruption "perpetrated by those who are expected to be the solution".

Lumbu, however, did not make any reference to himself in his statement. “I think enough is enough,” said Lumbu. “I can’t take this anymore, whether you are a big fish or small fish because you are just but one person”.

“I will be calling the individuals concerned one by one, to tell them about my recent findings on the actual corruption amongst my cabinet ministers,” he said. “I will not wait for the Anti-Corruption Commission, I will send you packing.”

Since Lungu’s hotly contested re-election in January 2015 – that the country’s main opposition party rejected after a counting process that took days – there have been a series of incidents which illustrate the growing dictatorial tendencies of his leadership.

Forty-eight United Party for National Development MPs, the majority of the opposition caucus, were suspended for boycotting the President’s state of the nation address, effectively removing the government of any parliamentary scrutiny.

Then, in April, UPND leader Hakainde Hichilema was violently arrested and charged with treason for allegedly failing to yield to Lungu’s presidential motorcade.

The politicians home was then reportedly raided by more than 100 armed police officers who used tear gas before taking him into custody.

Hichilema’s plight came to international attention when South African Democratic Alliance leader Mmusi Maimane was refused entry into Zambia after landing in Lusaka amid alleged fears he would undermine the sanctity of the judiciary. He promptly declared Hichilema was being tried by a kangaroo court.

Hichilema was released from prison in August 2017. Sources said the charges against him and five of his aides, that were strenuously denied, were dropped after international mediation.

The country’s Conference of Catholic Bishops issued a statement last year in a rare political intervention against Lungu’s supposed attempts to “politicise the police.”

The group asserted: “(Zambians) are afraid to speak out against injustices,” and “our country is now all, except in designation, a dictatorship.”

Zambia is 86th on Transparency International’s Corruption Perceptions Index, having fallen from 76th in 2015.