Afgan Mukhtarli, the Azerbaijan journalist who last year disappeared from a Tbilisi street and was next seen in a Baku prison, was sentenced to six years in Azerbaijani prisons on Friday for illegally crossing the border with 10,000 of undeclared euros and assaulting a border guard. 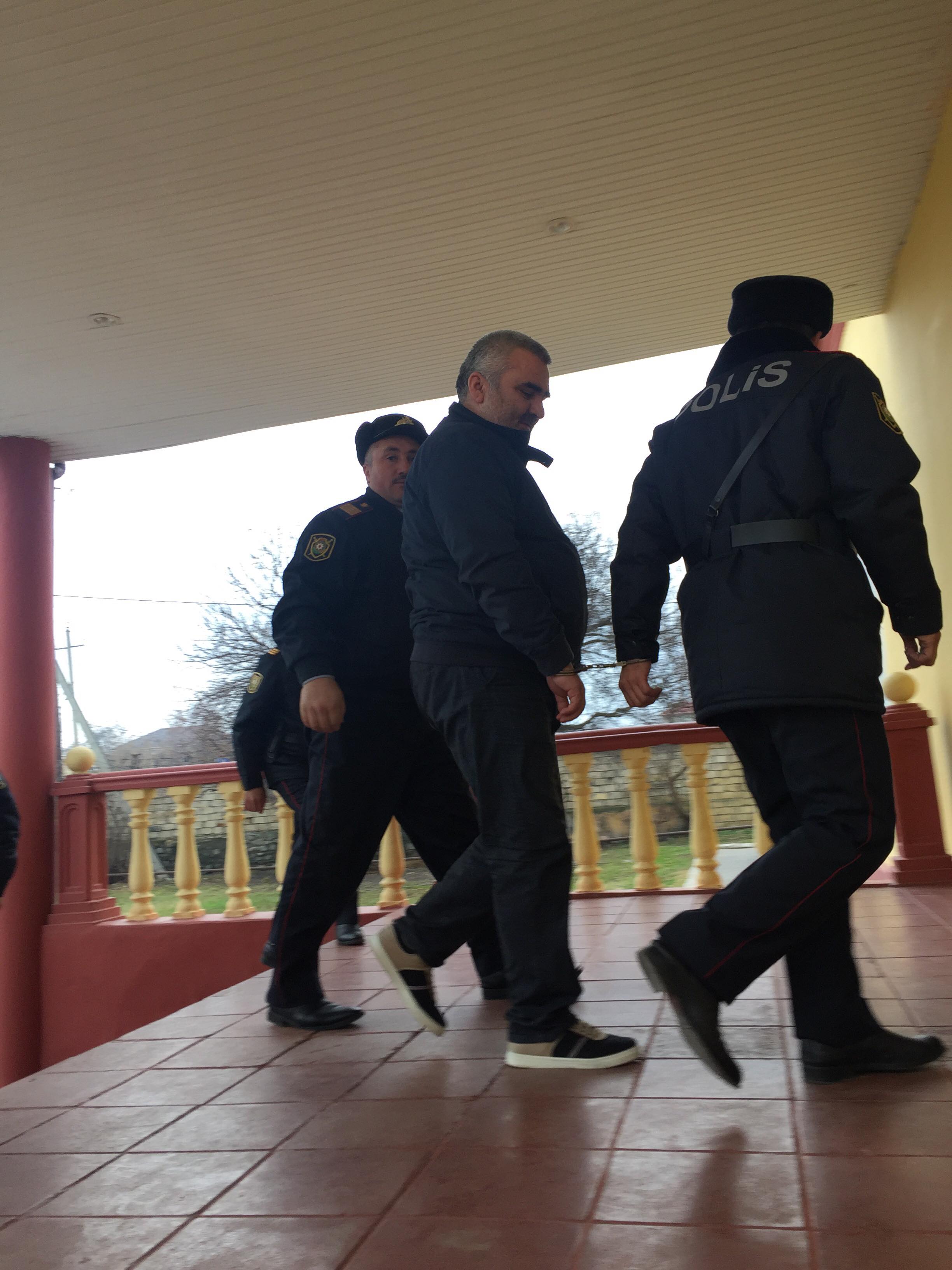 Mukhtarli Is Led into the CourtroomHe claims he was kidnapped by three men in Tbilisi, forced across the border and then arrested.

Years ago, Mukhtarli fled from Azerbaijan to neighboring Georgia because of his reporting on the corrupt activities of the ruling Aliyev family. He continued his reporting in Georgia right up until the time he disappeared.

Mukhtarli was defiant in the Balakan District courtroom. When judge Humbet Salimov asked him to present his final words, he said these would not be his final words because he would keep speaking out as long as he is alive.

"All my life I have been fighting against illegality,” he told the court. “The whole time I was in Georgia, every step I took was watched by Azeri special services. The money spent on this surveillance would be better spent for the welfare of the Azerbaijan population.”

Mukhtarli told the court he was scared when he was taken to the border and thought he would be killed.

"I am lucky,” he declared. “Other journalists and activists who were detained earlier have been treated worse, or have been tortured or killed.”

"But people like you and the prosecutors hired by you cannot silence our voices,” he said. “We do not write to overthrow the dynasty of (President Ilham) Aliyev. We are writing to give people hope, and you can never take this hope away from the people."

Prosecutors asked for an eight-year sentence. Defense lawyers asked for a shorter sentence because Mukhtarli, whose 43rd birthday was on Tuesday, has two children. Prosecutors said no birth certificate was produced.

"He is not guilty and the three charges brought up against him were trumped up and politically motivated," said his wife Leyla Mustafayeva, a journalist who after her husband’s disappearance left Georgia with their youngest daughter and is now living in Europe.

"He has been arrested only because of his professional activity -- investigating the family businesses of President Ilham Aliyev,” she said, adding that her husband had no criminal background but that this was not taken into consideration.

"Azerbaijan authorities neutralized one investigative journalist, taking his freedom and putting him in prison. But I will complete his investigations, and his colleagues will continue," she vowed.

According to defense lawyer Elchin Sadigov, the court allowed no defense motions that would have given Mukhtarli a chance to prove his innocence. Witness statements often contradicted each other and none of the interrogation documents had Mukhtarli's signature. Prosecutors offered no explanation for that.

His lawyers plan to file an appeal within 20 days.