Saudi Arabia is to seek the extradition of nationals abroad believed to have been involved in corruption, as the kingdom continues its unique anti-graft purge, Sabq reported on Thursday. 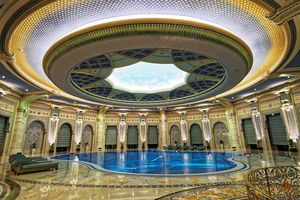 The Ritz-Carlton Hotel, Riyadh, where several hundred prominent Saudis were detained (Pixabay: CC)Attorney General, Sheikh Saud Al Mujab, said that suspects who have fled the country would be indicted and international arrest warrants sought once enough evidence is collected.

"The law and order do not discriminate against them,” he said, stressing that everyone would be given a fair trial. “The prosecution of the person is ordinary or legal, and there is no immunity for anyone other than the text of the law against them.”

The move is part of a unprecedented crackdown on corruption, spearheaded by Crown Prince Mohammed Bin Salman.

His unusual methods of dealing with corruption drew the attention of world media when authorities arrested 201 suspects last November, including 11 senior princes and sitting and former ministers, and locked them up in five-star hotels throughout the country, including the Ritz- Carlton in Riyadh.

There were no trials. Most of the detainees were released after reaching a settlement with the authorities but a small number have refused to pay back the allegedly stolen money.

Now that the leadership has dealt with individuals domestically, it appears to be turning its sights further abroad as it seeks to shore up the state coffers.

Al-Mujab’s investigations are continuing and on Thursday he spoke with the princes, ministers and businessmen arrested amid corruption allegations. He said that corruption is not only about stolen money, but the abuse and exploitation of power, as well as the waste of public money.

The purge has so far seen more than 1,200 bank accounts frozen with the regime looking to secure at least $100bn in cash and corporate assets from the detainees.

It has been reported that in some cases, Saudi officials are demanding 70 percent of the suspect’s wealth in exchange for their release.

The Gulf state is attempting to reverse an annual budget deficit estimated at $52bn in 2018 following the fall of crude oil prices on the global market.

The crown prince has targeted figures such as outspoken billionaire Prince Alwaleed bin Talal, who was among a number of elites previously thought to have been untouchable.

He is part of a group of almost 60 detainees that have been transferred on Tuesday to Al-Ha’ir prison, south of Riyadh, after they refused to make the large financial payments for their release.

Meanwhile, the authorities also transferred 11 princes to the prison on Saturday after they gathered outside the Al-Hakam Palace in Riyadh to protest having to pay their utility bills.

The security services including the police, the Royal Guards and army units which have surrounded the hotel over the past two months have reportedly almost disappeared from the hotel’s vicinity.

The Ritz-Carlton’s online booking site listed it as available for booking as of February.