Former Maltese Anti-graft Agent says He Fears for His Life

A former Maltese government anti-corruption agent has said he fears for his life after investigating allegations made by murdered journalist Daphne Caruana Galizia, the BBC reported on Tuesday. 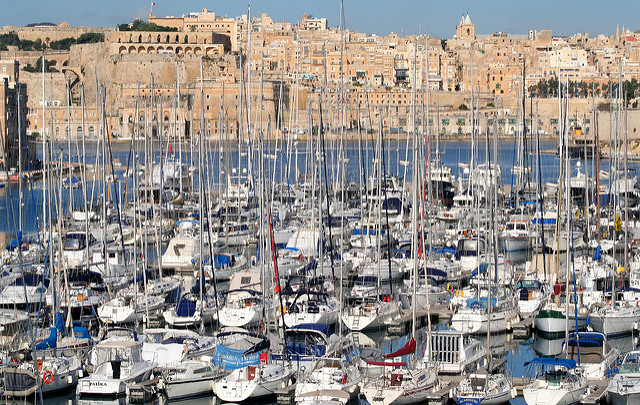 Yacht Marina; Dockyard Creek, Grand Harbour, Malta (Photo: John Haslam, CC 2.0)Caruana Galizia, an investigative journalist described as a “one woman Wikileaks” was assassinated in a car bomb attack on October 16, 2017 near her house in Bidniji, in the north of the island.

Her most recent revelations prior to her death accused Malta’s prime minister, Joseph Muscat, and two of his closest aids of being connected to offshore companies that were linked with payments from the government of Azerbaijan and the sale of Maltese passports.

Three men - brothers George and Alfred Degiorgio, aged 55 and 53, and Vincent Muscat, 55 - have been charged with her murder and pleaded not guilty. Prosecutors are also looking into whether her murder was contracted by others with an interest in halting her investigations.

Since her assassination, journalists and other have begun to fear that they are also in danger. Caruana Galizia’s final blog post before her death was entitled “There are crooks everywhere you look. The situation is desperate.”

Her’s was the 16th mafia-style assassination or car bombing on the island since 2007.

“Following what happened to Daphne Caruana Galizia, I sat down and divided my notes and workings and info into six different envelopes with specific notes,” said Ferris, who currently has some police protection.

“They are distributed to six members of family and close friends. Should something happen to me abruptly, if let's say I’m killed, all that information will go public at once.”

According to Jason Azzopardi, a shadow justice ministry spokesman, Ferris's fears that he may be targeted were "realistic."

Ferris claims he was fired from his job as an anti money laundering agent while investigating two of the Prime Ministers closest associates and a company widely believed to belong to his wife.

“It was highly unethical and we believe there was political interference,” he told the BBC. “The mastermind of all of this wants to keep things secret.”

The Maltese government anti money laundering agency, the FIAU, said that Jonathan Ferris’ dismissal was based on an objective assessment and did not involve any political interference, according to Times of Malta.

Meanwhile, Manuel Delia, a blogger and investigative journalist, is seeking to carry on Daphne’s work and has been compelled to install extra security in his home.

He criticised the programme that sees Maltese passports sold mainly to Russian and Arab business people at the cost of a €650,000 investment into the country. This effectively buys the purchaser freedom of movement across the EU.

“The Prime Minister is the front man for this promotion, and let’s be clear, they are selling European passports,” he told BBC Newsnight on Monday. “It’s true it has a Maltese coat of arms on the front but this gives them freedom of movement of themselves and their capital throughout Europe.”

“If you have nothing to hide you don’t go to Panama, you go to your local Barclays.”

Caruana Galizia had leaked a reports by the FIAU that highlighted systemic issues at Pilatus, an Iranian owned bank. They said there was “reasonable suspicion of money laundering” and that there had been a “glaring, possibly deliberate disregard” for money-laundering controls

The Maltese government has denied any connection to any of the allegations made.

“She was a vociferous critic of many people and I might be at the top of that list,” said Prime Minister Muscat. “This doesn’t look good on me, I’m very realistic on this.

“Besides her family, if there is one person that has suffered from this assassination it is us, just because this long shadow has been cast on us.”