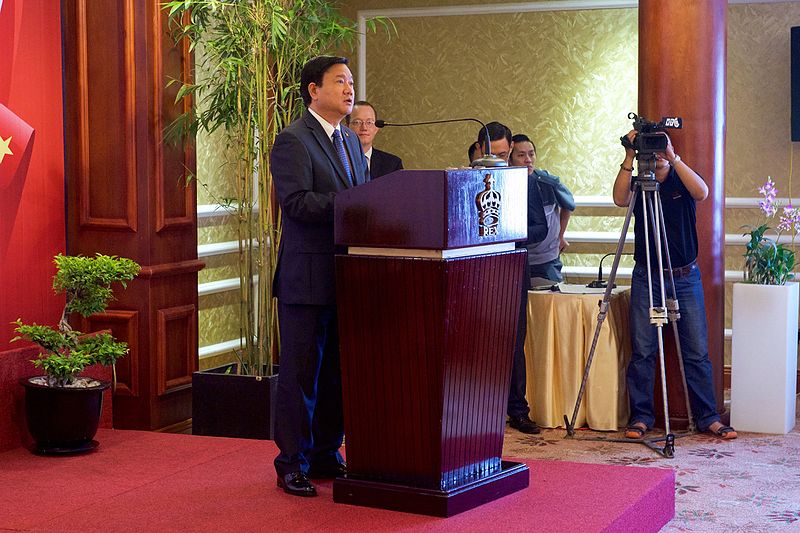 Dinh La Thang, who faces up to 20 years in prison (Photo: US Dept. of State, Public Domain) A former chair of the state-owned oil firm, PetroVietnam, Thang faces up to 20 years in prison for violating state regulations. His charges include granting a multimillion-dollar construction contract without a proper bidding process and for advancing the awarded company US$67 million, according to Reuters.

Another high-profile defendant, Trinh Xuan Thanh, is charged with embezzlement, which in Vietnam carries the death penalty. Germany claims that Thanh, former head of PetroVietnam’s construction branch, was kidnapped by Vietnamese agents while walking around Berlin’s Tiergarten park in August of last year.

Thanh was reportedly seeking asylum in Germany, but he has since announced on state television that his return to Vietnam was voluntary, and that he turned himself over to authorities, according to the BBC and The Financial Times. Nevertheless, the incident soured diplomatic relations between the two countries and the German government expelled Vietnam’s press attaché after the alleged kidnapping, calling it a violation of German sovereignty and international law.

In total 22 executives from PetroVietnam and Vietnam’s banking sector, many of whom are also former party officials, are accused of costing the state losses amounting to hundreds of millions of dollars. The trial at hand is part of an ongoing crackdown on fraud and mismanagement in Vietnam’s intertwined state energy and banking sectors.

In September of last year, Nguyen Xuan Son, ex-chairman of PetroVietnam, was sentenced to death for embezzling state funds. Son was also a former chief executive at Ocean Bank, where Thang is now accused of having recklessly invested US$35 million of PetroVietnam’s money, reports The Financial Times.

Some analysts believe that the corruption trial is at least partially motivated by General Secretary Nguyen Phu Trong’s efforts to consolidate power and punish the allies of former Prime Minister Nguyen Tan Dung. Dung resigned in 2016 following a political struggle within the Communist Party, and government critics believe that the crackdown is targeted against executives who had been close to the former PM, reports Reuters.

The trial is not open to the public and foreign media have not been permitted to attend, but the Associated Press managed to interview Ngo Quang Hung, who was among a few dozen people gathered outside the courthouse.

“I’m happy that the government is getting tough on corruption with the trial of Mr. Thang, a former Politburo member,” Hung said. “But the anti-corruption crackdown will not be a successful one if corrupt money is not retrieved back to the state.”