Ukrainian President Petro Poroshenko vowed on Tuesday to replace a languishing anti-corruption bill with a new draft that will establish a special anti-corruption court. 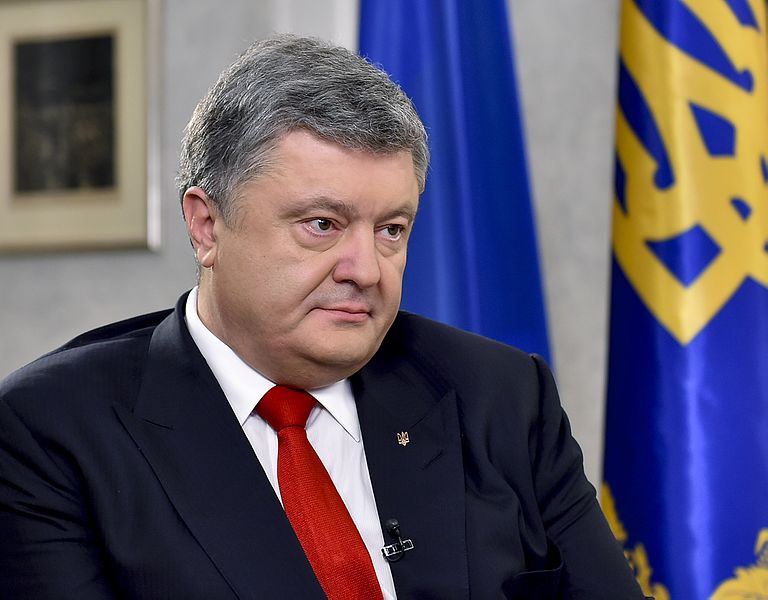 Petro Poroshenko (Photo: Mykola Lazarenko, CC-BY-SA-4.0)The announcement followed a tumultuous week for Poroshenko’s administration, who has faced criticism for what many Western institutions and opposition leaders suggested was “planned sabotage” against anti-corruption probes.

The Washington Post and other news outlets have remarked that the government’s actions against various anti-corruption efforts in the country may be part of Poroshenko’s push to consolidate power in anticipation of next year’s elections.

Ukraine witnessed last week anti-corruption demonstrations attracting thousands of participants, a botched attempt to arrest opposition leader Mikheil Saakashvili, and statements of concern from the International Monetary Fund, whose US$ 17.5 million aid package to the country is on the line.

According to Reuters, Justice Minister Pavlo Petrenko has stated that the country will pass the new anti-corruption bill by February and create the special court within six to eight months. This law would fulfill one of several requirements in a list of IMF-mandated reforms including raising gas tariffs, reforming the pension system and lifting the moratorium on the sale of farmland.

According to Bloomberg, Poroshenko wants parliament to draft the law by Thursday and has stated that if there is no progress by the start of next week, he will draft the legislation himself.  Ukraine originally promised to implement the old anti-corruption bill in June, but Members of Parliament failed to pass it.

The law, beyond establishing an anti-corruption court, would implement measures to reinforce the court’s independence, giving it financial autonomy and changing the process for appointing judges to decrease the incentives for taking bribes.

Justice Minister Petrenko expressed his optimism for the new bill’s passage, saying that “there is every chance that the parliament will vote it through…in the first days of the next session, in February.”

In the same interview, Petrenko responded directly to the issue that has motivated recent statements of concern by the IMF, the European Union, the US State Department and the World Bank, decrying efforts by the Ukraine Security Service and the prosecutor general’s office to hinder the work of the National Anti-Corruption Bureau of Ukraine (NABU).

“There should be no wars between law enforcement agencies because this harms the effectiveness of the fight against corruption,” Petrenko said, adding that there should be no question of NABU’s independence being curtailed.

NABU was created two years ago, in late 2015, with support from the United States. But, as the Associated Press reports, last month the Security Service of Ukraine and the prosecutor general’s office were accused of derailing a sting operation by undercover NABU agents.

Artem Sytnik, director of NABU, believes that the campaign against his agency resulted from a probe that targeted the son of Interior Minister Arsen Avakov for alleged involvement in a scheme to embezzle about US$520,000 allocated for purchasing police rucksacks.

Although the promised anti-corruption bill could be a step in the right direction for effectively combatting corruption in Ukraine, hurdles remain.