On Thursday POLITICO named Slovenian investigative journalist and OCCRP partner Anuska Delic on their list of 28 “doers, disrupters and dreamers who will in transform European life, politics and ideas." 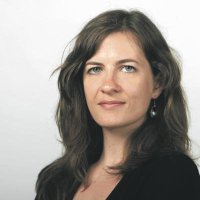 Delic has spearheaded a number of influential investigations during her career as a journalist. She works for Slovenia’s main daily newspaper, Delo, and her profile on the Balkan Investigating Network website highlights her history investigating issues of public interest.

Delic worked on the International Consortium of Investigative Journalist’s Panama Papers investigation in 2015 and 2016, while partnering with OCCRP. She and ten of her colleagues at Delo received the highest Slovene journalism award for their work. She has also investigated asbestos threats in state-owned public infrastructure, campaign law abuses, and scandals involving Mihael Karner, a Slovenian businessman who deals anabolic steroids globally. In 2011, Delic exposed connections between the neo-Nazi group Blood and Honor and the Slovenian Democratic Party (SDS).

OCCRP did a number of follow-up stories about threats to the media in Slovenia when Delic was indicted by the Slovenian government because of her revelations about the SDS’s neo-Nazi ties. The government was unable to prove that Delic had violated state security laws and, after two years in and out of the courtroom, charges against her were dropped at the last minute, according to GIJN. Subsequently, the Slovenian government changed the article of Criminal Code relating to publication of state secrets.

In her profile for the “POLITICO 28” feature, Delic discusses her newest project. She has assembled a network of 28 other journalists and partnered with Investigative Reporting Denmark to launch the “MEPs Project”.

The initiative has bombarded the European Parliament with requests for information on how MEPs use their extra salary allotments in an effort to increase transparency about how European Union funds are spent.

When asked to name another important issue she would like to see investigated, Delic responded, “We need to figure out how to leave our children a society, a country and a planet that is not in utter shambles. We also haven’t spent enough time reckoning with the unsustainable, unhealthy and often cruel ways of breeding animals for consumption.”