An Azerbaijani journalist who disappeared in May off the streets near his home in Tbilisi, Georgia, and was next seen in custody in his native Azerbaijan, was put on trial Thursday for allegedly crossing the border illegally, carrying € 10,000 in undeclared currency, and resisting border guards, iFact.ge reported. 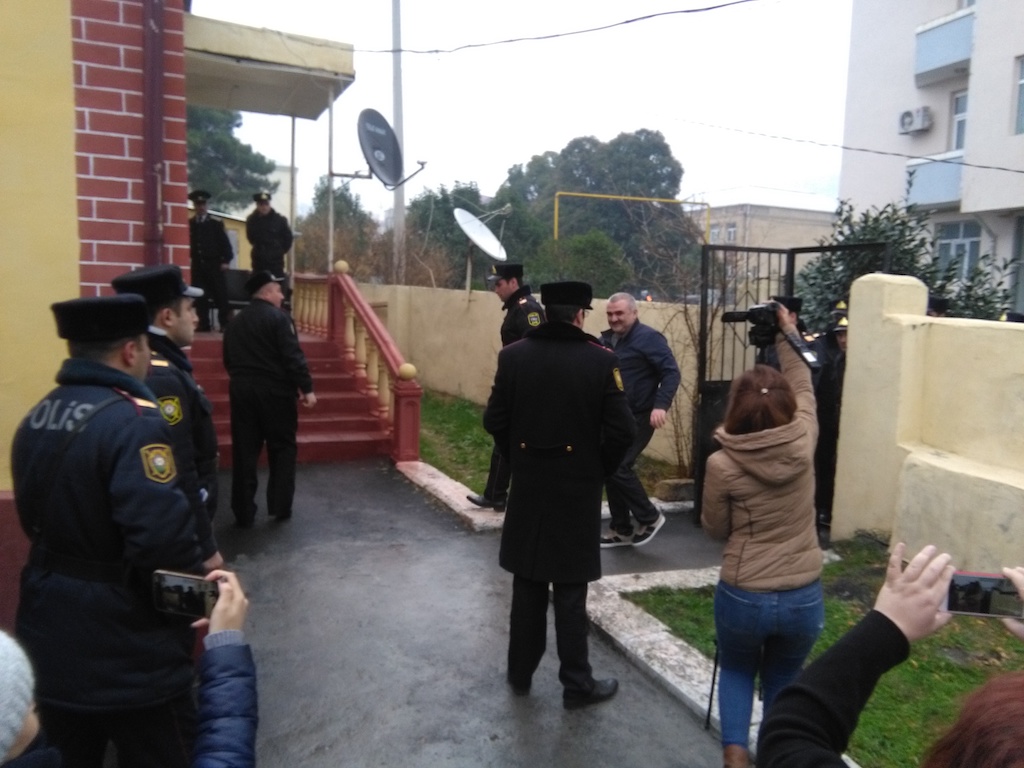 Afgan Mukhtarli entering court (Photo: OCCRP)Afgan Mukhtarli claims he was kidnapped, forcibly taken across the border and then arrested after the money was planted on him.

Mukhtarli was vocal and hostile during the trial that took place in the rural city of Balaken in the far northwest of Azerbaijan. When the judge told him to show some respect, Mukhtarli replied: “I am not disrespectful. You are disrespectful. You don't get acquainted with the case. You just grab the (case) file and come here and lie.”

At the start of the hearing the judge refused to let Mukhtarli sit with his lawyers but then changed his mind before ruling against all other motions sought by the defense.

Mukhtarli’s lawyers had asked for all charges against him to be dropped, jail to be replaced by home confinement, experts to analyze all fingerprints on the money he was allegedly carrying and surveillance videos from the border as well as from the first location where he was held in Azerbaijan to be presented.

Mukhtarli works for Meydan TV, an internet-based independent Azeri-language media outlet and is a member of the Organized Crime and Corruption Reporting Project (OCCRP) investigative journalist network. He has exposed corruption in Azerbaijani Government and was investigating President Ilham Aliyev family’s ties with Georgian business associates.

The journalist and his family have been repeatedly threatened and harassed by the Azerbaijani authorities. They fled to Georgia in 2015 fearing the Azerbaijani government’s severe crackdown on critical journalists.

Before being taken into the courtroom through a side door he managed to tell reporters that his trial was “a show.”

The next hearing is scheduled for Dec. 14.