A trial with the Federal District Court in Manhattan went high-profile Thursday after an Iranian-Turkish businessman came forward with detailed testimony implicating the highest levels of the Turkish government in a sanctions-busting scheme, the New York Times reported. 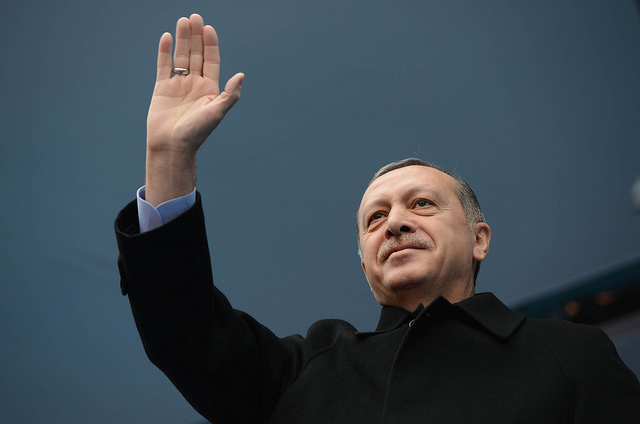 Recep Tayyip Erdoğan (Photo: Recep Tayyip Erdoğan)Gold trader Reza Zarrab, who originally pled “not guilty” for his orchestration of the scheme, is now a star witness for the prosecution in the trial of Hakan Atilla, the former deputy general manager of Turkish state-owned Halkbank.

Zarrab admitted to bribing former Turkish Economy Minister, Zafer Caglayan, with more than US$ 50 million between 2012 and 2013, in exchange for his cooperation in illegal business dealings with then-sanctioned Iran.

Zarrab also testified that he colluded with Turkey's former EU Minister Egeman Bagis and Turkey's Aktif Bank before he began working with Atilla and Halkbank to store money from his illicit transactions, according to Deutsche Welle. The news has already begun reverberating on Turkish Twitter.

The testimony shows just how many complex maneuvers were required for him do business that violated the sanctions against Iran. Quoted in the New York Times, Zarrab testified that it took “a minimum of 10” transactions to prepare his finances for the trading scheme. Each  transaction, presumably, had to be hidden behind layers of bank accounts.

Zarrab, who traded gold for hundreds of millions of dollars of Iranian oil, was arrested while traveling to Disney World Orlando with his wife and daughter in the spring of 2016. US officials had been on his tail for some time.

It’s not the first time Zarrab has made headlines during a major corruption scandal. In 2013, he faced an investigation for having bribed Turkish officials and violated Iranian sanctions, this time by Turkish prosecutors. The allegations also implicated then Turkish Prime Minister and current President Recep Tayyip Erdogan, and his administration, for accepting bribes.

Because of this, Erdogan rapidly shut down the investigation and removed thousands of police, judges and public prosecutors from office, while three of his cabinet ministers stepped down, Deutsche Welle reported. Erdogan maintained that the 2013 corruption investigation had been a coup attempt and sparked one of the first major public battles between Turkish officials and Fethullah Gulen, a Turkish religious leader now accused of conspiring with the US against Turkey during the current trial proceedings, according to Reuters.

Previous OCCRP revelations show that the Iranian state-owned Bank Mellat and the Iranian Oil Company benefited from Zarrab’s gold-for-oil scheme. OCCRP also discovered previously that Zarrab had used both a Russian Laundromat and an Azerbaijani Laundromat to transfer the money he made violating sanctions.

Indeed, one of the primary fronts used to cover up Zarrab’s gold-for-oil trading was the UAE-based Hanedan General Trading LLC. For example, in the spring of 2013, the British-based LCM Alliance LLP—one of the core companies used in the Azerbaijani Laundromat—sent more than US$ four million to Hanedan.

Media speculated that Zarrab’s agreement to cooperate with US authorities could lead to a strain in US-Turkey relations as further information is revealed about bribes accepted by Turkish President Erdogan’s cabinet and other high-ranking politicians from his party, the AKP. Former Economy Minister Caglayan, the main focus of Thursday’s corruption revelations, remains at-large in Turkey.