US and Brazilian authorities are investigating Qatar over new allegations of corruption in connection with its 2022 World Cup bid, French news website Mediapart revealed on Sunday. 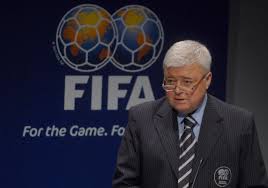 The Brazilian prosecutors and the FBI discovered that a suspicious transfer of US$ 22 million was made from the Qatari group Ghanim Bin Saad Al Saad & Sons Group (CSSG) to the bank account of the Brazilian Football Federation’s former chairman Ricardo Teixeira in January 2011, one month after Qatar was awarded the international tournament.

Authorities believed the multi-million payment was directed to Teixeira as well as three other FIFA officials, Jack Warner, Nicolas Leoz and Mohamed Bin Hammam, in exchange for voting in December 2010 in favor of Qatar to hold the 2022 World Cup.

Brazilian and US authorities noticed the money transfer while they were probing Teixeira's bank account at Pasche Monaco – a Swiss-based facility controlled by Credit Mutuel until in 2013 – over an alleged money laundering and fraud scam that took place between 2009 and 2012.

Following the scandal, Teixeira had resigned from his role at the Brazilian Football Federation in 2012.

The news site stressed that the CSSG, "led by businessman Ghanim Bin Saad Al-Saad, is at the heart of suspicions of corruption."

Al Saad has previously been investigated by prosecutors over deals which he oversaw in France and in return for which he allegedly received about US$ 216 million to pay off World Cup officials.