Authorities in five African countries have rescued 500 victims of human trafficking, including 236 children, in a series of raids that have led to the arrest of 40 people, INTERPOL said on Thursday. 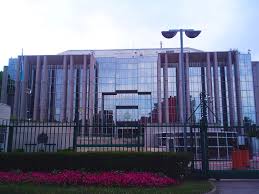 The INTERPOL-led operation, dubbed Epervier or Sparrowhawk, was conducted simultaneously across Chad, Mali, Mauritania, Niger and Senegal between November 6 and 10 and was part of a project funded by the German Foreign Office which targets human trafficking gangs across Africa's Sahel region.

The 40 suspects are accused of forcing their victims into begging and prostitution and face multiple charges, including human trafficking, forced labor and child exploitation.

In one case, the traffickers lured a 16-year-old Nigerian girl into thinking that she would be working in Mali but they instead forced her into prostitution to reimburse travel costs to a "sponsor".

In another case, a 15-year old, whose only possessions fitted into a blue plastic bag, was rescued while she was about to be sold into forced labor.

The International Office for Migration (IOM) and a number of non-governmental organizations are providing the necessary post-operation interviews and treatment following the victims' rescue, German news channel Deutsche Welle reported.

The operation echoes the resolution adopted few days ago by the UN Security Council which called on all Member States for great efforts to crack down on human trafficking and modern slavery worldwide.