The US has charged a former Senegalese foreign minister and the head of a non-governmental organization in Hong Kong with bribing top officials in Chad and Uganda to secure business deals on behalf of a Chinese energy conglomerate, the US Justice Department said on Monday. 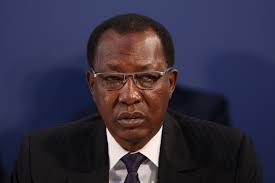 Patrick Ho Chi-ping, 68 and Cheikh Gadio, 61 are believed to have taken part in two multimillion bribery schemes designed to obtain business advantages for an international Shanghai-based conglomerate that operates in the energy and financial sectors.

Ho is a former Hong Kong Secretary for Home Affairs and the head of China Energy Fund Committee, a think-tank specializing in energy and culture. It holds “Special Consultative Status” with the UN Economic and Social Council. The think tank is funded by the Chinese energy company. Ho was arrested on Saturday and appeared on Monday in front of a US judge who then ordered his detention.

Gadio, a former Foreign Minister of Senegal, who operated an international consulting firm, was arrested in New York on Friday afternoon on money laundering charges and appeared before a US judge on Saturday.

In the first scheme, the Justice Department said a US$ 2 million bribe, disguised as charitable donations, was paid to Chad’s president Idriss Deby in exchange for granting oil rights in Chad to the energy company without international competition.

Gadio allegedly connected Ho to the Chad's president and delivered the bribe in return for US$ 400,000.

In the second scheme, Ho allegedly transferred a US$ 500,000 bribe to the Ugandan Foreign Minister's bank account, shortly after the later finished his term as president of the UN General Assembly. The Minister, Sam Kutesa, in turn ensured the energy company obtained business advantages from the Ugandan government.

Ho also offered gifts to the Ugandan Foreign Minister and President and promised them future benefits, such as getting their family involved in a joint venture in Uganda with the energy company.

“They were allegedly willing to throw money at the leaders of two countries to bypass the normal course of business, but didn’t realize that using the US banking system would be their undoing,” said FBI Assistant Director-in-Charge Sweeney.