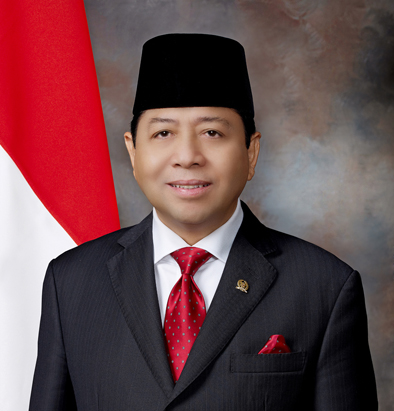 Setya Novanto (Photo: Indonesian People's Representative Council (DPR))Novanto is one of around 80 suspects in a 2011 to 2012 scheme to steal over a third of the US$ 440 million in state funds gained from increasing the cost of cards for the national electronic identity system, according to Reuters. The parliament speaker, who is also the chairman of a party within Indonesia’s governing coalition, denied the allegations.

Officials attempted to arrest Novanto on Wednesday but he was not at home and nowhere to be found. He then became a wanted person for the KPK. On Thursday night, Novanto was reported to have been in a car crash, and was taken to a Jakarta hospital under armed guard for evaluation of injuries. His movement into custody meant that doctors concluded he no longer needed continued hospitalization despite his lawyer’s claims that he was badly injured.

"He can't even get up yet. He can't talk yet…when he opens his eyes the ceiling swirls in circles,” Novanto’s lawyer, Fredrich Yunadi said of his condition. Yunadi also claimed to file a pretrial motion. His client previously ignored multiple summonses for questioning from the KPK, reported Deutsche Welle.

News of the car accident sparked widespread speculation on social media. Many onlookers commented that Novato staged the crash to dodge being detained.

Some commentators even went so far to say that Novanto wished to claim he "lost his memories due to head injury from the accident. Sit back and grab your popcorn, this ain't over yet," human rights lawyer Veronica Koman tweeted on the unfolding drama.

Novanto also reached international fame in 2015 when Donald Trump called him a “great man” at a news conference. “Do they like me in Indonesia?” Trump asked Novanto at Trump Tower. “Yes, highly,” Novanto replied in front of the gathered reporters.

Pictures from Sunday night show Novanto being wheeled in an orange detainee vest into the detention facility. He is expected to remain there for questioning for 20 days.

Indonesians view Parliament as one of the most corrupt institutions, claimed a report from Transparency International.