The International Federation of Red Cross and Red Crescent Societies (IFRC) promised on Tuesday to strengthen the network’s anti-graft efforts and crack down on staff that committed fraud during the Ebola crisis, reported Reuters. 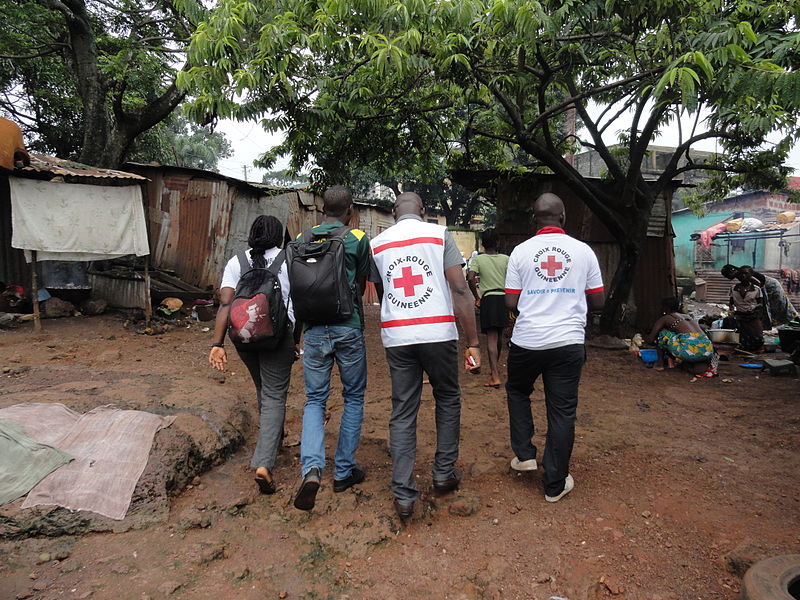 Guinea Red Cross volunteers (Photo: CDC Global, CC BY 2.0)Francesco Rocca, the newly elected IFRC president, announced a “zero tolerance” policy when it comes to corruption, such as that which occurred between 2014 and 2016 in West Africa.

Red Cross auditors discovered that over US$ 5 million in aid money for Ebola relief disappeared during these years as the result of collusion, corruption and fraud.

During the Ebola epidemic, the IFRC handled more than $124 million in aid funds while 11,000 people died in Guinea, Liberia, and Sierra Leone.

An estimated $ 1.17 million went missing from those funds in Guinea from overcharging and fake billing for customs clearance. A possible $ 2.13 million was lost in alleged collusion between IFRC staff and workers at a Sierra Leone bank. An approximated $ 2.7 million disappeared through the fraudulent overpricing of relief supplies and the addition of non-existent aid workers to the payroll.

The IFRC confirmed that the collusion occurred in a statement released on Oct. 20. Robert Barrington, Executive Director of Transparency International UK, commented on the organization’s act of accountability by saying that the report showed that the Red Cross is taking the scandal seriously.

“You can never eliminate [corruption]…but you can minimize it,” he said.

The fraudulent activity is “very normal, and healthcare itself is incredibly vulnerable worldwide…[It is estimated that] between 10 and 25 percent of public procurement funds are lost through fraud and corruption,” he added.

Nonetheless, the IFRC wrote that it was "outraged" by the investigation’s findings and set up new measures to combat corruption including cash spending limits in vulnerable settings, an initiative to faster deploy auditors to operations, obligatory fraud prevention training for staff and the establishment of a new anti-corruption board and external investigation force.

“There are too many unheard [crises]...We must fight for humanity as one,” Rocco said according to a tweet.