The bribery case against Sen. Bob Menendez, D-NJ, will soon be going to the jury, as the defense wrapped up on its case Thursday with a dissertation on what constitutes political bribery. 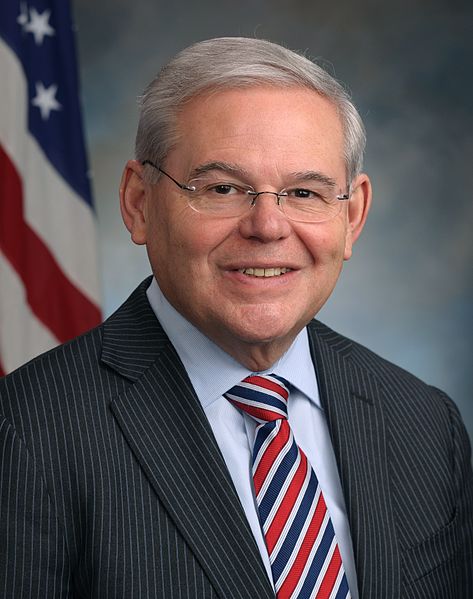 Robert Menendez (Photo: U.S. Senate)The senator has been on trial in a New Jersey federal courtroom since Sept. 6 on an 18-count indictment alleging that he accepted bribes from ophthalmologist Dr. Salomon Melgen. Menendez’s case is “the first federal bribery trial of a sitting US senator in more than three decades, and if he's found guilty…it could have political implications for President Trump's agenda,” according to The Washington Post.

The latest focus in the case were three flights on Melgen’s private planes that Menendez took years ago. The senator paid $58,500 for them only after the trips were made public.

“Use your common sense...Don’t let the defendants use their friendship as a camouflage for bribery,” prosecutor J.P. Cooney urged the jury, the Post reported.

The definition of bribery was front-and-center in the Menendez trial as the 2016 Supreme Court decision to overturn the conviction of former Virginia Gov. Bob McDonnell loomed over the courtroom.

That unanimous decision in McDonnell’s case created a precedent by limiting the official acts considered bribery for politicians. “Making phone calls, arranging meetings or offering support on an issue no longer qualified…Instead, an act had to be more directly tied to an elected official’s office, such as offering a government contract or writing legislation,” The New York Times summarized.

“There’s been no crime that’s been committed here…Sometimes the simplest answer is the right answer, that these men were friends,” said Melgen’s attorney, Kirk Ogrosky.

Menendez’s defense lawyers and others are drawing comparisons between Menendez’s case and the corruption cases against the former New York legislative leaders, Sheldon Silver and Dean Skelos, which were both vacated under the McDonnell ruling.

In July, Menendez’s lawyers filed a motion for dismissal arguing the indictment “could not ‘be reconciled with the Supreme Court’s guidance in McDonnell,’” reported The New York Times. US District Court Judge William Walls denied the motion then, but in October acknowledged the uncertainty sparked by the McDonnell ruling.

The trial will reconvene on Monday, when the defense will present closing arguments. The jury is expected to begin deliberations next week.