US Cracks Down on Wildlife Trafficking

During a crackdown on the illegal import and transport of wildlife in Southern California, authorities said on Friday that they found king cobras smuggled inside potato chip cans, exotic songbirds stashed in luggage and a severely underweight Bengal tiger in a backyard. 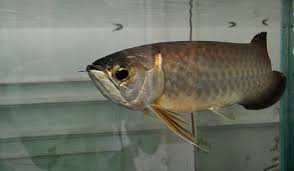 "Operation Jungle Book," conducted over the past few months by the US Fish and Wildlife Service was designed to fight the growing black market for exotic animals and resulted in criminal charges against 16 suspects.

“An insatiable desire to own examples – both living and dead – of these vulnerable creatures is fueling this black market,” Acting US Attorney Sandra R. Brown, said in a statement.

This black market is so profitable that the threat of prison sentence does not deter smugglers from carrying out their activities, according to Asst. U.S. Atty. Amanda Bettinelli, The LA Times reported.

The recovered animals include a three to six months-old tiger cub which was found held in a crate in a Ventura County backyard. At the time it weighted only 100 pounds but gained up to about 400 pounds in the fews days following its recovery.

Another case relates to the shipping of king cobras hidden in potato chip cans from Hong Kong. The snakes were assigned to the San Diego Zoo where one subsequently died. Authorities discovered that the suspect kept at his home a Morelet’s crocodile, five diamond back terrapins and various turtles.The criminal had managed to bring in the US a total of 23 king cobras, of a black market value of roughly US$ 46,000.

In addition, in September 2016, six arowanas - the world’s most expensive aquarium fish - seven big-headed turtles as well as seven four-eyed turtles, six Asian box turtles and one black-breasted turtle were found hidden in another package. Six of the turtles ultimately died. The smuggler faces a maximum sentence of 20 years in federal prison.

According to the authorities, arowanas's value market is estimated at US$ 1,900, while big-headed turtles can be sold for US$ 850, and a pair of black-breasted turtles for US$ 2,000.

Officers also nabbed in May an man who had stashed 93 Asian songbirds, worth nearly US$ 100,000, in a luggage on a flight from Vietnam. All but eight of them ultimately died as a result of the smuggling.

Some of the animals that have been recovered have been sent to the Los Angeles Zoo, the San Diego Zoo, the Turtle Conservancy, and the STAR Eco Station.

The illegally traded species are protected under the Convention on International Trade in Endangered Species of Wild Fauna and Flora, CITES, which was signed by 183 states and designed to ensure that international trade in specimens of wild animals and plants does not threaten their survival.