The Office of the Attorney General of Switzerland (OAG) announced on Thursday it is investigating the former head of Paris Saint-Germain (PSG) football club and beIN media agency and a former FIFA top-level executive over allegations of corruption. 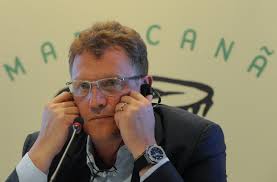 BeIN Sport's chief executive, Nasser Al-Khelaifi, is suspected to have bribed former Zurich-based FIFA executive, Jerome Valcke, to secure the award of broadcast rights for certain countries for FIFA World Cups in 2026 and 2030.

Valcke also allegedly accepted “undue advantages” from an unnamed businessman in the sports rights sector in exchange for the same favorable intervention for the FIFA World Cups in 2018, 2022, 2026 and 2030.

The criminal allegations come as part of ongoing vast corruption investigations led by Swiss authorities since 2015 into football corruption that have already resulted in the indictment of several Fifa executives, among which former FIFA's president Sepp Blatter.

Authorities have targeted Al-Khelaifi, Valcke and the unnamed businessman since March, after Valcke was found guilty of “various acts of criminal mismanagement”. The FIFA executive was accused of attempting to sell World Cup television rights below their market value, abuse of travel expenses and destruction of evidence.

As a result, he was sacked by FIFA and banned from football for a period of 12 years in January 2016, which was reduced to 10 years in June.

BeIN Sport's Paris offices were searched on Thursday, as were properties in Italy, Greece and Spain, while Valcked was being questioned by Swiss prosecutors.

Valcke denied the allegations in an interview with French sports newspaper L'Equipe on Thursday.

According to newspaper The Telegraph, the OAG said that, to date, it had received 180 money laundering reports regarding football investigations and was conducting 25 criminal proceedings.