The cocaine would leave the Dominican Republic hidden among the in-flight meals on passenger planes flying from the La Romana airport of Santo Domingo to the Milan Malpensa airport in Italy. 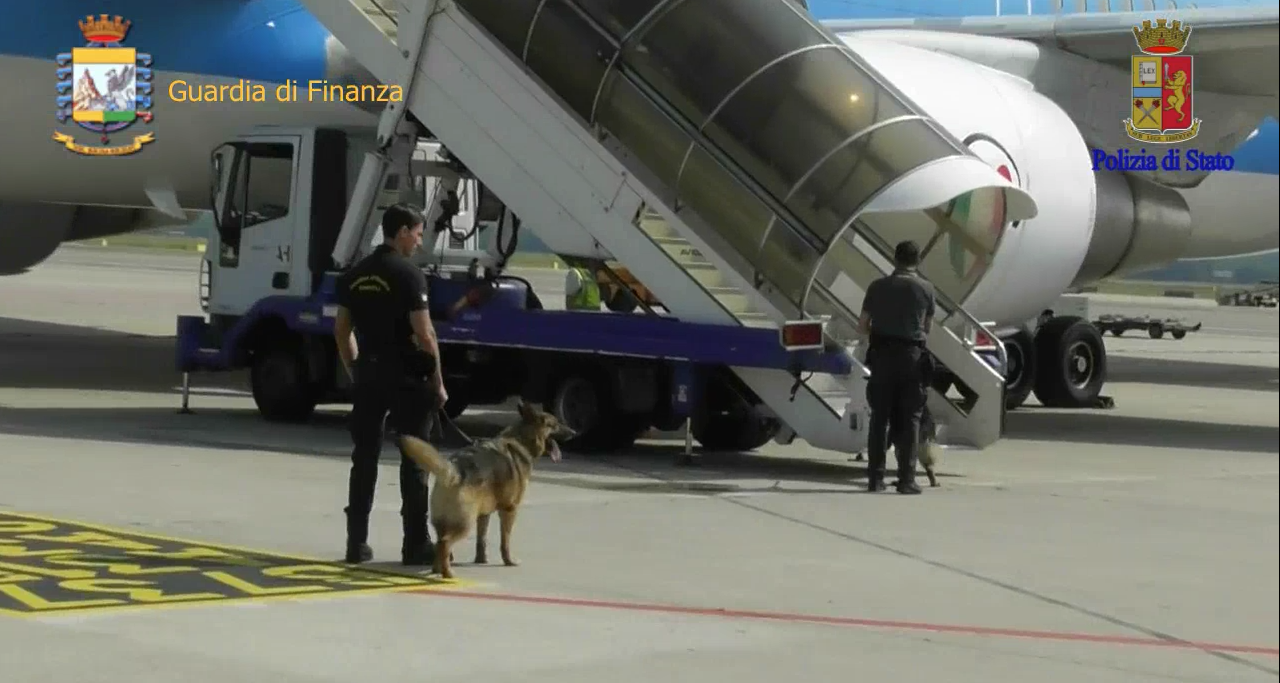 They did so dozens of times since 2013, until the Fiscal Guard’s units dealing with the Mafia and drugs arrested on Tuesday 18 suspects and dismantled the gang that was made of Dominican and Italian narcotic dealers and corrupt airport officers at both airports.

The investigation that led to the arrests began in 2013 and was carried out by the Antidrug units of Rome and the southern city of Catanzaro in the region of Calabria, where investigators targeted the Alvaro clan of the 'Ndrangheta, from the nearby town of Sinopoli.

Key to the investigations were Angelo Romeo, a drug trafficker and member of the Alvaro clan and his Rome contact, cocaine broker Mauro De Bernardis.

“Romeo had managed to escape the arrests of the June 2015 Operation “Santa Fe” of the Antidrug unit of Catanzaro,” Colonel Mastrodomenico of the Antimafia unit of Rome told IRPI on on Wednesday.

“We were following De Bernardis and discovered the two were meeting in Milan to organize drug shipments for the Alvaro clan,” he said.

“Then we followed Romeo, who was a fugitive, and discovered he was hiding in Lodi”, he explained to IRPI. Lodi is a city nearby Milan known for a high 'Ndrangheta infiltration. Colonel Mastrodomenico led the arrest of Romeo, which took place on 19 May 2016 at the Milan's Central train station.

But De Bernardis kept operating as head of a small drug ring based in the capital, and was in direct contact with Dominican cocaine suppliers.

Two of them were based in Rovigo, in the northwest of Italy, and were in contact with Medina Familia Santos, a corrupt police official at the Santo Domingo La Romana airport. Italy has requested his arrest as well.

Investigators found that De Bernardinis was responsible for the import of large quantities of drugs from October 2013 at least until March 2016 via a port in Sardinia and the airport in Milan.

Authorities seized 252 kilograms he trafficked in November 2013 hidden in a container of fresh fruits that arrived from the Dominican port of Caucedo to the Sardinian port of Cagliari.

Then another 140 kilograms hidden the same way and sent to Cagliari in December 2014 and over 32 and 18 kilos of cocaine hidden in the catering of airplanes flying from La Romana to Malpensa over the summer of 2015. Another 53 kilograms were found in October 2013 by Dominican authorities before the plane took off.