Days before the Parliamentary Assembly of the Council of Europe (PACE) was to debate a motion for his dismissal, the body’s president, Pedro Agramunt resigned, tweeting “personal reasons” as the motive. 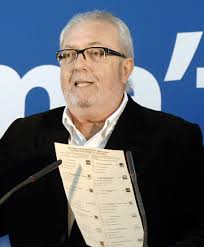 The motion was filed June 30 with 158 signatories and described a lack of confidence in Agramunt as PACE president, “on the grounds that his behaviour seriously harms the reputation of the Parliamentary Assembly and tarnishes its image.”

Friday’s resignation followed an eventful year for the assembly. In June, the Council of Europe launched an internal corruption probe after allegations of “caviar diplomacy” between some assembly members and Azerbaijan.

The probe came after OCCRP and its partners found that former assembly members had received payments from a secret slush fund following behaviors that served in the interest of Azerbaijan’s political elite, including President Ilham Aliyev.

The OCCRP investigation revealed that on Oct. 25, 2013 Eduard Lintner was paid €61,000 (US$ 84,000) for unspecified “services.” Only two weeks later, Lintner outwardly supported the Azerbaijani election process that both the Organization for Security and Cooperation in Europe (OSCE) and the US Department of State deemed flawed.

Then two days after his endorsement of the elections, he received another €41,000 (US$ 56,000) to his personal bank account, according to OCCRP’s investigation.

Agramunt was stripped of his powers in April over a meeting with Syrian president Bashar al-Assad and over the poor managing of internal corruption allegations. Nonetheless, he remained president.

A 2013 monitoring report written by Agramunt and Maltese politician Joseph Debono Grech understated Azerbaijan’s democratic shortcomings, according to The Economist. “From the very beginning of his relationship with Baku he has been a defender of the Aliyev regime,” wrote the European Stability Initiative think-tank in reaction.

Agramunt will still be a member of Spain’s delegation for PACE.

In line with PACE Rules of Procedure, Sir Roger Gale now stands as Acting President. The assembly convenes Monday in Strasbourg to debate the crisis in Catalonia and Ukrainian education law. Assembly members will also elect by way of secret ballot the next president to hold office until the term ends in January. The two proposed candidates are Stella Kyriakides of Cyprus and Emanuelis Zingeris of Lithuania.

“The Committee of Ministers and the Parliamentary Assembly bear a shared responsibility for preserving the Organisation’s unity, viability and effective capacity to deliver the results that our citizens and our governments expect from us,” Gale stated in the opening of Monday’s meeting.

On the other hand, “Agramunt virtually personifies the fundamental problems of the parliamentary assembly of the Council of Europe … [His] visit to Assad symbolises the exploitation of the Council of Europe by several governments, which refuse to take the institution’s core values seriously,” said German socialist Frank Schwabe, cited in April by The Guardian.