The Philippine President said Wednesday he ordered police to kill his eldest son if allegations are true that he is part of a Chinese transnational drug syndicate. 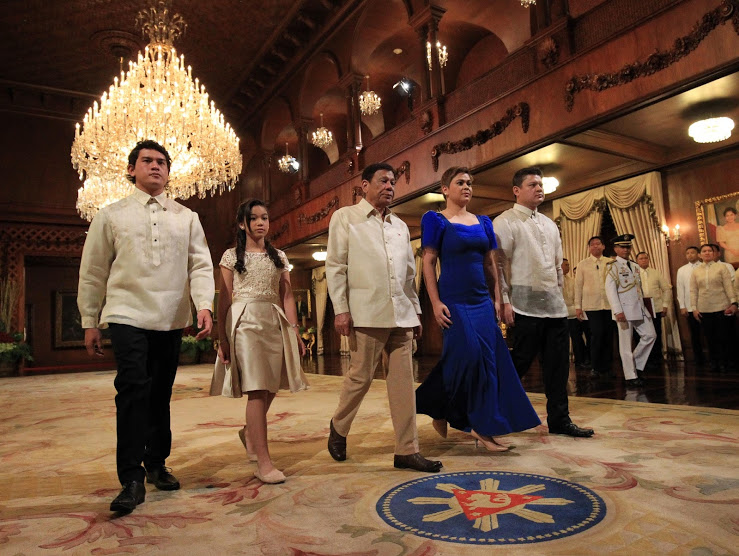 Rodrigo Duterte and children, including Paolo (far right), at his 2016 inauguration ceremony (Photo: Presidential Communications Operation Office)"My orders are to kill you if you are caught, and I will protect the police who kill you," Rodrigo Duterte said he told his son, the Sydney Morning Herald reported.

Duterte said this during his speech to government workers in Manila.

Should it be proven that any of his children are involving in drugs, the President added that police could kill them "so the people can’t say anything against me. So I can say to people: ‘there, you keep talking. That’s my son’s corpse’."

At a September 7th Senate hearing, his 42-year-old son Paolo "Pulong" Duterte was accused of being involved in smuggling approximately US$ 125 million worth of crystal methamphetamine into the country, Deutsche Welle reported.

Pulong is currently the vice mayor of Davao, the family’s home city. Manases Carpio, the mayor of Davao and husband of the president’s daughter, is also implicated.

The inquiry into both men was triggered last month when a customs broker testified that they were members of a criminal enterprise called the Davao Group, who accepted millions in bribes to ship drugs into the country, according to ABS-CBN News.

Senator Antonio Trillanes, a vocal critic of Duterte’s administration, questioned the mayor and vice mayor about the hundreds of millions of dollars allegedly in their bank accounts, according to Deutsche Welle.

Although both deny the allegations, they refused to sign bank secrecy waives that would allow their transaction histories to be studied.

Trillianes claimed that a tattoo of a dragon with secret digits on Pulong’s back proves that he is a member of the Chinese triads, a notorious transnational criminal organization involved in human trafficking, drugs and arms dealing.

Pulong, however, refused to show or describe the tattoo during the hearing, invoking his right to privacy.

Allegations of the Pulong’s connection to the drug trade date back as far as 2007, when the Philippine government identified him as a major "drug protector" in Davos.

Since President Duterte took office last year, his war on drugs has claimed more than 9,000 lives, according to the Syndey Morning Herald.

He has promised to eradicate illegal drugs by killing up to 100,000 traffickers and addicts and said he would be "happy to slaughter" three million.

He has described children shot dead in his crackdown on drugs as "collateral damage," according to the Telegraph.