Following anti-corruption protests on Thursday, the Guatemalan Constitutional Court provisionally cancelled legislation that would allow individuals charged with corruption to evade a prison sentence in exchange for a monetary fine, media reported. 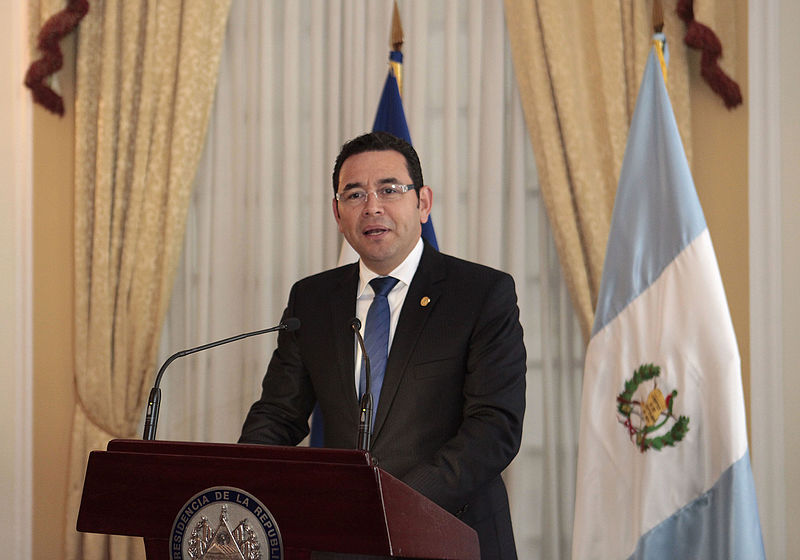 President Jimmy Morales (Photo: Presidencia de El Salvador, CC BY-SA 1.0)Guatemala's political climate has erupted ever since president Jimmy Morales decided to expel Ivan Velasquez, the head of a UN commission dedicated to exposing political corruption in Guatemala, after Velasquez sought in August to investigate Morales over allegations that he misappropriated some US$ 825,000 in funds for his 2015 campaign.

While the Constitutional Court overruled his decision, Morales has tarnished his public image. His actions have also created a precarious political atmosphere in which civil society organizations are calling for more anti-corruption efforts, Reuters and the New York Times reported.

Instead, The Congress maintained Morales’ immunity from prosecution and introduced the controversial legislation, easing penalties for perpetrators.

This caused public protests and the Constitutional Court’s suspension of the legislation. It also forced lawmakers to vote on the measures again on Friday, said congressman Oliviero Garcia.

“There has been an objection from the general citizenship, organizations and institutions with respect to two decrees, and there is an agreement to not send those decrees to the executive (branch) and file them away definitively,” he told reporters, according to the New York Times.

Velasquez along with the Commission Against Impunity in Guatemala (CICIG), has successfully exposed Guatemala's political and business elite involved with clandestine transactions. Over 100 former Guatemalan cabinet members are currently facing trial thanks to the organization's efforts.

The contested law was seen as "a way to free hundreds in the political and business elite who have been accused by the UN Panel," The New York Times reported.

Fernando Carerra, a Guatemalan economist, political analyst and diplomat said the state's institutions will begin to deteriorate if the amount of corruption in the country isn't properly addressed.

“Now people see the President and Congress are like a gang of people just trying to protect themselves from crimes they’ve already committed with impunity,” said Carrera.