Indian investigators searched over the weekend the home of former environment minister who is suspected of having violated the law by leasing land allotted to an elephant reserve to a mining company, media reported. 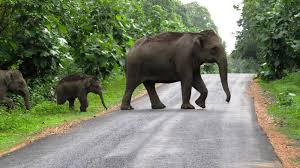 Jayanthi Natarajan  "accorded the approval for diversion of 55.79 hectares of forest land for non-forestry use to Electrosteel Casting Limited, though the same had been rejected by the earlier minister of state," The News Minute cited charges submitted against Natarajan by the  Central Bureau of Investigation, (CBI).

The Forest Advisory Committee had previously rejected requests from the Electrosteel mining company several times but once Natarajan became minister, she allegedly approved the request in 2012 in violation of the Forest Conservation Act.

The CBI has filed a corruption case against Natarajan.

Natarajan, who resigned from Congress in 2015,  denied the allegations.

“Let them prove that,” she told reporters, adding she welcomes any inquiry as it eventually will prove she did nothing wrong.