The trial of US Senator Bob Menendez who was charged with accepting lavish bribes from an affluent Florida eye doctor began Wednesday, the New York Post reported. 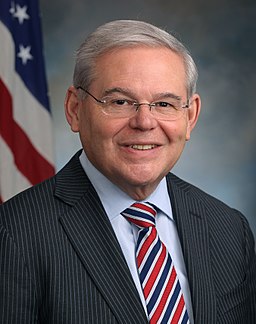 Bob Menendez (Photo: US Senate)Menendez, a New Jersey Democrat, is charged with lobbying for Florida ophthalmologist Dr. Salomon Melgen’s business interests in exchange for political donations as well as gifts that included luxury vacations, flights on Melgen’s plane and stays at his private villa in the Dominican Republic known to attract celebrities such as Beyonce and Jay Z.

Prosecutors said that Menendez’s lobbying included a three-year effort to help Melgen avoid paying US$ 8.9 million for overbilling Medicare, negotiating with an assistant secretary of state over a contract dispute related to port screening equipment in the Dominican Republic on his behalf, and helping one of Melgen’s girlfriends and her sister enter the country after their visas were denied, according to Time.

Melgen is also on trial with Menendez. Both have pleaded not guilty.

“I started my public career fighting corruption — that’s how I started — and I have always acted in accordance with the law,” Menendez said.

"Not once have I dishonored my public office … and I believe when all the facts are known, I will be vindicated."

Defense lawyers claim that the trips described as bribes were two friends vacationing together and that most of Melgen’s contributions went to committees that weren’t controlled by Menendez.

The corruption trial could threaten Menendez’s political career who is up for re-election next year. But it could also harm his party’s position in the Senate.

If he is convicted and leaves the Senate by a two-thirds majority vote before Governor Chris Christie leaves office on January 16, the Republican governor would pick a successor.

With the razor-thin partisan margin, Democrats can’t afford to loose any votes.