Europol called Tuesday for tighter money laundering control saying in 2014 banks had reported one million suspicious transactions to authorities but only 10 percent of them were investigated. 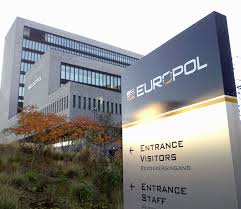 The European police agency’s report shows that organized crime organizations and terrorists may be using EU financial system to launder billions of euro a year and that suspicious financial activities represent between 0.7 and 1.2 percent of the annual EU GDP.

Even after those 10 percent of flagged transactions were investigated, just barely one percent of the criminal proceeds were subsequently confiscated by authorities throughout the EU.

Part of the problem is that various national financial institutions are not exchanging information and not cooperating fully with each other, said Europol Executive Director Rob Wainwright.

“The anti-money laundering regime still operates at a domestic level, and has not yet fully adjusted to the reality of a problem that is defined by its international nature,” he explained.

The report shows that over two-thirds of the suspicious transactions are reported by banks in Britain and the Netherlands as London and Amsterdam are EU’s largest financial hubs.

Britain tops the list in regard to the number of reports of suspected financing of terrorism, followed by Estonia and Ireland.

Remarkable as it seems, very few suspicious transactions reports come from Cyprus and Malta despite the significant size of their financial sector and the fact that offshore companies very often resort to their service.

Wainwright explained that the globalization and the digitalization of the financial industry, with crypto currencies and anonymization tools for example, makes it increasingly difficult to combat illegal financial activities.

The response of authorities is "simply too slow to stem the flow of funds which move globally almost instantly," he said.

EU countries urged to set up a supra-national overview and centralized bank registers to ensure an increased financial intelligence sharing to adapt to the globalized criminal activities.

It proposes that Europol could act as "a pan-European hub for financial intelligence". It also recommends 500 euro bills to be controlled as it is often used by criminals.

Wainwright explained that the money laundered was firstly the proceeds of drug trade.