The former assistant chairman of the China Banking Regulatory Commission is under investigation for corruption, the Supreme People’s Procuratorate announced on Monday. 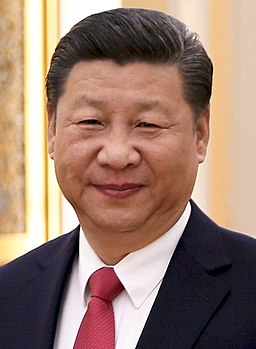 Chinese President Xi Jinping (Photo: US State Dept.)Yang Jiacai, 56, is accused of abusing his power in office to serve the interests of others while accepting a large sum of money and property in return, Asia Times reported.

Yang was removed from his position in May after China’s top anti-graft body, the Central Commission for Discipline Inspection (CCDI), launched an investigation over an alleged violation of Communist Party rules. He was expelled from the Party and dismissed from public office on August 1st.

The former top banking regulator has been put under “coercive measures” which may include summons by force, bail, residential surveillance, detention and arrest, China’s Xinhua news agency reported.

The CCDI said that Yang seriously violated the party’s code of conduct, disrupted the order of the financial market and harmed the image of the banking regulatory body.

Since Xi Jinping became president in 2012, CCDI has taken a more aggressive stance against graft, taking down more than 480 high-ranking officials.