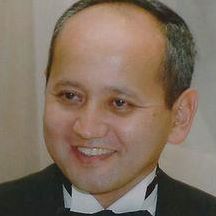 Mamay was detained in February. He denies any connection to Ablyazov and has said that the persecution is an "attempt to close the newspaper," which is one of the last remaining independent papers in the country.

"I would like to state that my arrest would be purely political in nature," Mamay’s February statement said, adding that he was persecuted because of his reporting. "Already, there are strong pressures on Tribuna and we can barely stay afloat."

He is wanted by Kazakhstan, Russia, and Ukraine on suspicion of embezzling some US$5 billion.

Ablyazov, who is currently living abroad, was sentenced to 20 years in prison by a Kazakh court in June. He is unlikely to serve the term as he was tried and sentenced in absentia.

Mamay’s trial begins only a few months after Kazakh journalist Ramazan Yesergepov was stabbed in the stomach on an overnight train en route to meet ambassadors from several EU countries to discuss Kazakhstan's imprisoned journalists and activists including Mamay.