A Chinese court sent 14 elderly women behind bars for terrorizing people into paying debts by spitting, insulting, stripping or grabbing their victims by the genitals, media reported Tuesday. 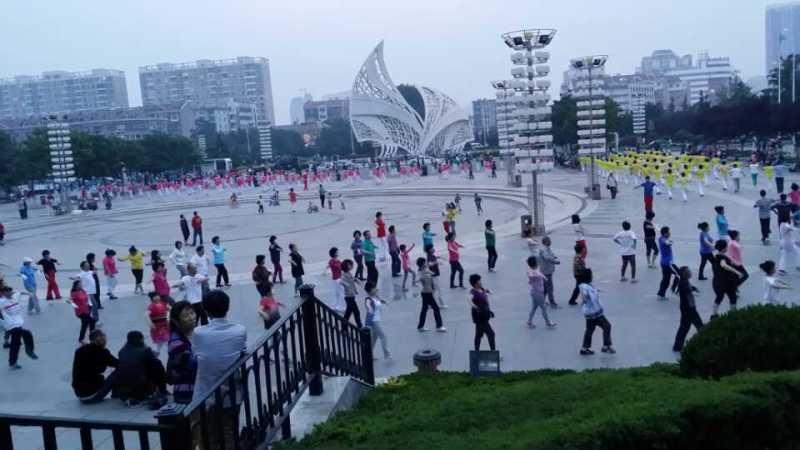 Dancing Grannies in China (Photo: Yibo Lu, CC BY-SA 2.0)The “granny gang” members – aging up to 70 – were hired by property developers to force people to move from their homes and clear the way for new construction plans.

Small firms, such as loan companies, also used their harassment services to collect money from their debtors.

A man working for the loan companies and property developers recruited many of the women at traditional ballroom dancing classes which take place in public squares.

He paid them about 200 yuan (US$ 30) a day plus meals - a significant amount for these women who were either unemployed or had debt themselves.

A Henan Province court found 14 of the 30 members of the “granny gang” guilty of "organizing, leading and participating in gangster-like organizations and for their provocative and disturbing behavior," The Beijing News reported.

They received prison sentences ranging from 2 to 11 years. The intermediary was jailed for 11 years.

One of the tactics the gang used was harassing people for days with megaphones.

Some female victims reported that they had their clothes torn off while men said the gang members themselves would strip to suggest they were being sexually assaulted.

One male victim claimed that one of the women injured him so much when she grabbed his genitals that he had to pay 1,000 yuan (US$150) in medical bills.

Another victim said that 10 of the women spent six days outside his house harassing his family.

One of the gang leaders, a blind woman named Gao Yun, said it was a way to kill time and “something fun to do,” media reported.