Philippines: Immigration Officers on the Lookout for 8 Alleged Drug Traffickers

Philippine authorities took steps to prevent eight suspected drug traffickers from leaving the country – among them a former campaign supporter of President Rodrigo Duterte whom investigators now call "the drug lord of Cebu."

The Philippines’ Department of Justice has instructed the country’s immigration officers to be on the lookout for the suspects because it believes they may try to flee, according to local media reports on Monday. 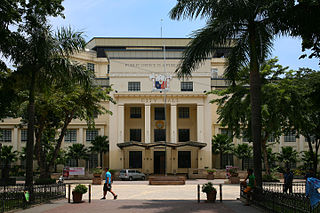 All eight are supposed to appear in court and respond to the charges against them on August 14.

The "alleged drug lord of Cebu," a businessman named Peter Lim based on the Central Visayas island, is among the individuals listed in the immigration lookout bulletin order, according to GMA News.

Lim was a campaign supporter of President Duterte, The Philippine Star reported.

He met with the president on July 15, 2016, to deny that he was a drug dealer, but Duterte later accused him of being one of the biggest dealers in the country.

Officials attempted to serve a subpoena to Lim at his residence in Cebu City on Tuesday, but he was not at home. The document was delivered instead to a security guard, Rappler reported.

It orders Lim to appear at the Department of Justice in Manila on August 14 and 17, 2017, for a preliminary investigation related to illegal drug trade charges.

Since taking office just over a year ago, Duterte has waged a brutal war on drugs that has killed thousands of Filipinos and sparked global criticism.

The accusations against Lim come after another prominent man who was publicly accused by the president of being involved in illegal drug trading last year, Ozamiz City Mayor Reynaldo Parojinog Sr., was shot and killed with his wife, brother and 12 others in a raid early Sunday, according to the Philippine Daily Inquirer.

Espinosa and Co are already in custody of the Philippine National Police, Manila Bulletin reported.

Several of Espinosa’s associates are also suspects in the scheme, including his right-hand man, bodyguard and driver, and two alleged hit men, GMA News reported.

If Lim or any of the other defendants not yet in custody are spotted trying to leave the country via airport or seaport, Justice Secretary Vitaliano Aguirre II told immigration officers not to delay reporting it.

"All concerned are strongly warned against waiting until boarding time to inform the concerned offices of any attempt to leave the country," the secretary said.