A total of 103 defendants were accused of smuggling and trafficking migrants, many of whom belonged to the persecuted Rohingya Muslim minority group, across the Thai-Malaysia border, Reuters reported. 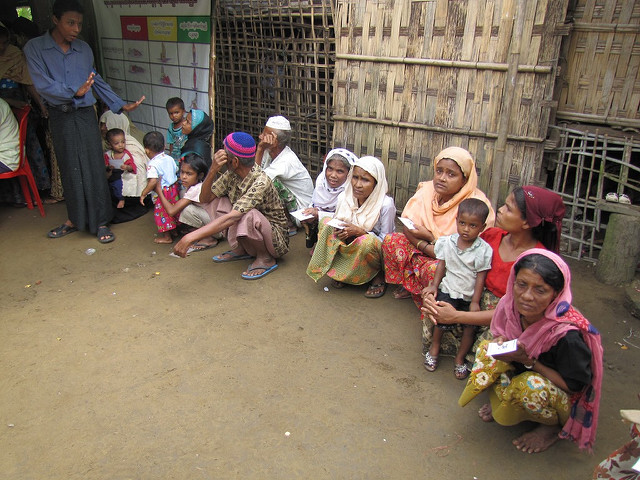 The trial started in 2015, following the discovery of a shallow mass grave in Thailand’s southern Songkhla province, where two dozen bodies were buried, The Guardian reported.

Officials said the grave was part of a jungle camp where traffickers held migrants primarily from Myanmar and Bangladesh for ransom. The migrants were corralled in bamboo pens and brutally mistreated while in captivity, including being regularly beaten, denied enough food and water and raped, all the while being forced to call their relatives in order to beg them to pay around 100,000 to 160,000 Thai baht (US$ 2,976 – 4,762) for their release.

Thai police officers, an army lieutenant general and two local politicians from southern provinces were among the individuals sentenced as members of the highly-sophisticated trafficking ring – a sign that some human rights activists say could set a powerful precedent.

"The fact that there are very senior officials charged with this crime will help deter criminals in trafficking networks in the future," Sunai Phasuk of Human Rights Watch told Reuters.

The Thai publication The Nation called the convictions of senior officials an "extremely rare event," and described the trafficking network as a "modern-day slave trade."

It took the Criminal Court more than 12 hours Wednesday to read the 500-page verdict on 102 defendants (one died during the two-year-long trial).

Over the course of the day, the judge announced prison sentences for the convicted ranging from four to 94 years, according to The Atlantic.

Soe Naing, a Rohingya man who police say was a key figure in the network, received the longest sentence.

The convictions could help improve Thailand’s rating in the US State Department’s annual Trafficking in Persons Report, which gave the country the second to lowest classification in 2017.

However, the investigation and resulting trial into the trafficking allegations was challenged by threats against prosecutors, the intimidation of witnesses, and government delays. And some rights groups say the convictions fall short of adequately addressing Thailand’s systemic trafficking problems.

"We documented a massive operation that trafficked tens of thousands of Rohingya during a three-year period. The loss of life was significantly more than the focus of this trial," said Amy Smith, executive director of Fortify Rights, in a statement Thursday.

"This trial was a step in the right direction, but sadly, this case is far from closed."