Barclays Bank and four of its ex-directors will stand trial for the fraudulent fundraising of £11.8 billion (US$ 21.9 billion) from Qatar in the wake of the financial crash, a London Crown Court heard Monday. 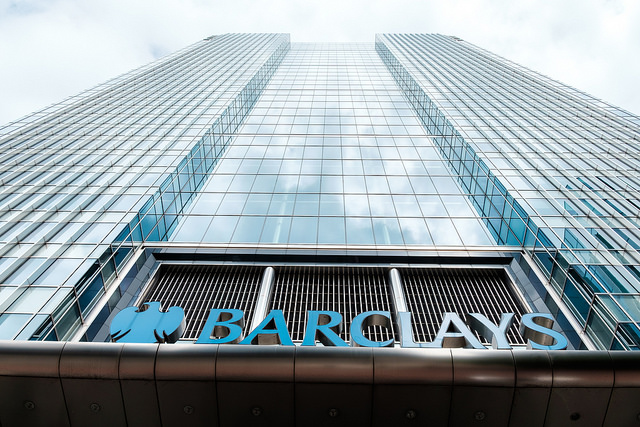 Barclays Bank's London headquarters (Photo: Håkan Dahlström CC BY 2.0)Mr Justice Edis announced the trial for January 2019, more than a decade after Barclays sought emergency funds to avoid a taxpayer bailout and nationalisation during the 2008 banking crisis, The Telegraph reported.

The charges relate to a series of capital fundraising efforts that date back to 2008.

Amidst the fallout of the economic crisis, Lloyds Banking Group and Royal Bank of Scotland (RBS) were both forced to rely on taxpayer-funded government bailouts, thus nationalising the two banks, according to BBC News.

To avoid the same fate, Qatar lent £12 billion (US$ 22.3 billion) in emergency funds to Barclays.

In return, the British bank lent £2.3 billion (US$ 4.3 billion) to Qatari Holding LLC, allegedly to buy shares in the bank. It then gave Qatari Holdings a further £332 million (US$ 615 million) in "advisory services" fees.

Barclays is accused of making those payments to induce Qatar to support the bank, and of failing to correctly disclose those payments.

Qatari Holdings is a subsidiary of the Qatar Investment Authority, whose chief executive is Sheikh Hamad bin Jassim bin Jaber al-Thani, the country’s prime minister at the time of its investment in Barclays.

"Providing finance to buy your own shares […] is a very, very significant charge," he said.

Varley, alongside Jenkins, who headed the bank’s Middle East and North African investment banking arm, Kalaris, who ran its wealth management arm, and Boath, the former head of Barclays’ European financial institutions group, are the most senior UK bankers to face criminal charges since the 2008 crisis.

Although both Lloyds and RBS were nationalised, no executives were charged. Former RBS chief Fred Goodwin was, however, stripped of his knighthood.

Barclays has been facing a string of controversies in recent years. In December, the US sued the bank for a mortgage fraud scheme. In May 2015, it was fined £1.53 billion (US$ 2.35 billion) for rigging the foreign exchange market. And this May, chief executive Jes Staley was forced to apologize after attempting to unmask a whistleblower.

"Taking on Barclays, one of the largest banks in the world, and its most senior officials who literally were at the very top, sends a very strong message that the SFO is now fearless in terms of the companies and individuals it pursues," Sarah Wallace from the regulatory and investigations wing of law firm Irwin Mitchell told the Guardian.