The Bulgarian nominee for EU digital minister is expected to be approved by the European Parliament on July 3 despite reports that she received a politically-facilitated deep discount on the rent of an upscale apartment in Sofia.

For years, Commissioner-designate Mariya Gabriel paid a quarter of the market value to rent a luxury apartment in a posh Sofia neighborhood. 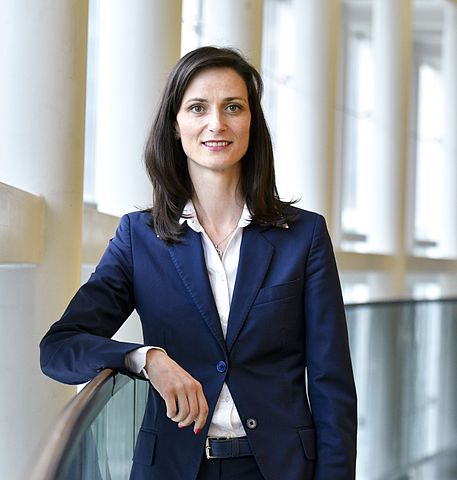 The deal was allegedly brokered by her center-right GERB party, which controls the Sofia Municipality and owns the apartment, according to reports by Bulgarian magazine A-specto and Bivol, an investigative reporting organization and OCCRP partner.

Gabriel failed to disclose the discount in her declaration of interests in 2012 and 2014, which she was required to complete as a Member of the European Parliament (MEP), Politico reported.

The preferential rental agreement is also missing from the three-page draft declaration of financial interests she submitted for the job as head of the European Commission’s digital economy and society portfolio.

According to the European Parliament’s Code of Conduct, MEPs are required to disclose any additional perks or financial support, or risk being penalized by the President of the Parliament.

But the questionable deal was not raised by Gabriel’s fellow MEPs during a 2.5-hour-long hearing in Brussels on June 20.

The property is managed by a rental company called Zavodproekt, which confirmed to Politico that Gabriel rented the unit for just over €200 ($US 223) a month from October 2010 to May 2013. Another tenant of the building said she paid about €800 ($US 893) for a similar flat at the same time Gabriel was living there.

Gabriel claims that she only used the 128 square-meter apartment in one of the city’s most expensive and sought-after areas for storage between 2010 and 2013.

However, Bivol found that an electricity account registered to the unit under her maiden name, Mariya Nedelcheva, was just closed in May 2017. She was nominated for the digital minister position on May 10.

Zavodproekt refused Bivol’s request to confirm who the registered tenant of apartment No. 4 at 25B Nikola Yonkov Vaptsarov Boulevard was between June 2013 and May 2017.

"This is hardly a random person since they had the privilege of having a MEP personally pay their electricity bill for four years," Bivol alleged.

Gabriel has not responded to questions from Bivol or Politico, and a spokesperson said Tuesday that she would not speak to the media until after her nomination is confirmed next month.