A Thai property tycoon was charged Monday with money laundering as part of a widening embezzlement investigation that involves a major bank and a 1,000-acre Buddhist temple. 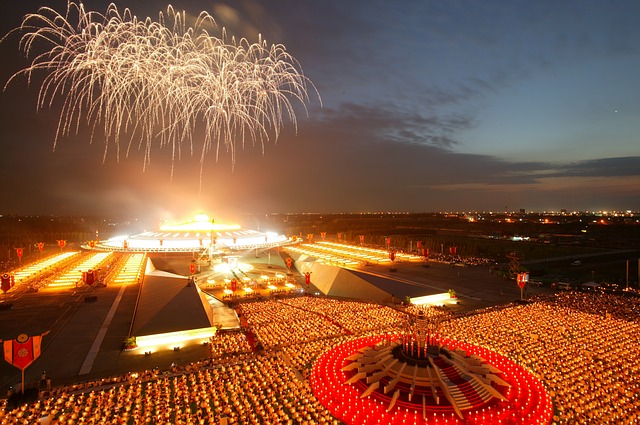 Wat Dhammakaya (Photo: Max Pixel CC0)Anant Asavabhokin resigned last month from his position as chairman of Thailand’s Land and Houses Plc, after police questioned him over a scandal at the Klongchan Credit Union Cooperative (KCUC), which involved laundering money through land sales, according to Reuters.

The former president of KCUC, Supachai Srisupa-aksorn, is currently serving a 16-year prison sentence for embezzlement.

Investigators say the scheme involved laundering Bt 275 million (US$ 7.9 million) of KCUC funds through a 7.4-hectare plot of land that would be donated to the nearby Dhammakaya Temple but remain under Anant’s ownership, the Bangkok Post reported.

Supachai allegedly used KCUC funds to purchase the land and take over the firm that owned it. He then sold the land onto Anant for Bt 93 million (US$ 2.7 million) – three times below its reported market value, according to The Nation.

In turn, Anant sold it on for Bt 492 million (US$ 14.5 million) to the former deputy finance minister, in a deal handled by KCUC. Investigators claim to have evidence that Supachai intended to have the land donated to the temple’s former abbot, Phra Dhammajayo.

Anant has denied the charges. "I don’t know Supachai in person. I just met him at Dhammakaya Temple. Outside the monastery, we have never had any contact. We have never discussed business," he said.

Anant’s daughter Alisa is also facing a separate investigation into her purchasing other plots of land from Supachai.

The charges against Anant are part of a larger investigation into the controversial Wat Dhammakaya, a colossal temple ten times the size of Vatican City whose critics accuse it of commercializing Buddhism and of having political links.

The temple’s religious sect boasts millions of followers, including both Anant and his daughter Alisa, as well as former Prime Ministers Thaksin Shinawatra and his sister Yingluck, both of whom were removed from office in military coups, according to Al Jazeera.

Dhammajayo, the temple’s 72-year-old former abbot, is still on the run and wanted on charges of money laundering, receiving stolen assets and forest encroachment.

Although he has been stripped of his monastic rank by King Maha Vajiralongkorn, authorities have no power to remove the protection that his monk's robes give him.

So far, there have been 350 cases against him and his temple. His aides claim they have not seen him for months, that he is too sick for questioning and that the charges are politically motivated.