Petrofac, an international oilfield services provider, announced Thursday that it suspended its Chief Operating Officer in response to a criminal investigation by the UK Serious Fraud Office (SFO). 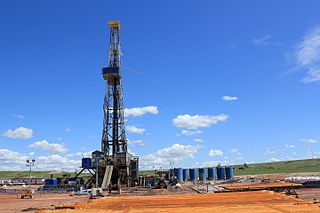 Oil Field (Photo: Lindsey G, CC BY 2.0)COO Marwan Chedid resigned from the board following his suspension as the SFO is investigating his links to Unaoil, a Monaco-based firm that has been accused of corruptly securing contracts for multinationals.

The SFO said on May 12 that it was investigating Petrofac, its employees and agents for suspected bribery, corruption and money laundering.

CEO Ayman Asfari, a major Tory donor who owns 18% of the firm, was arrested, questioned, and released without charge earlier in May along with Chedid.

Asfari will remain in his post but will not get involved in any matters connected to the investigation, according to the press release.

"These decisions signal the Board’s determination to cooperate fully with the SFO and its investigation, whilst ensuring Petrofac continues to deliver for its clients," Petrofac Chairman Rijnhard van Tets said.

Petrofac employed Unaoil for consultancy work in Kazakhstan between 2002 and 2009. The firm said it commissioned an independent investigation last year into media allegations related to Unaoil’s misconduct but found no evidence to support the claims.

SFO told Petrofac that it did not accept those findings and complained about the company’s lack of cooperation, according to the Guardian.

Analysts estimated that, if found guilty, Petrofac could face a potential SFO fine of $150 million-$200 million.