Report: Tens of Billions of Dollars Stolen Annually from Africa

Illicit financial flows are allowing wealthy countries to profit from Africa’s wealth to the tune of tens of billions of dollars, according to a joint report by several campaign groups released Wednesday. 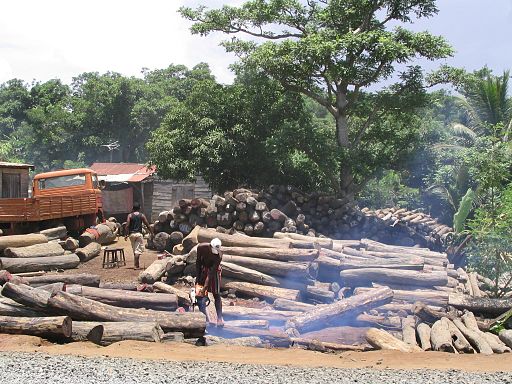 Illegal rosewood logging in Madagascar (Photo: Erik Patel CC BY-SA 3.0)The report, titled "Honest Accounts 2017", is authored by a coalition of UK and African equality and development campaigners and focuses on Sub-Saharan Africa.

It claims that an estimated US$ 17 billion a year is being stolen from the continent in illegal logging alone, with illegal fishing accounting for a further US$ 1.7 billion.

According to a report by the Environmental Investigation Agency, for example, 93 percent of all logging that took place in Mozambique in 2013 was happening illegally, with the vast majority of shipments heading for China.

A further US$ 10 billion is stolen annually in poaching and the illegal trade of wildlife and plants.

In May, Malaysian authorities seized US$ 2.12 million worth of pangolin scales smuggled from Ghana and Congo. Moreover, a 2016 UN-commissioned report found that virtually every country in the world plays a role in wildlife trafficking.

Wednesday’s report also found that illegal "capital flight" - a term that describes money and assets rapidly flowing out of a country - accounts for an estimated US$ 67.6 billion leaving the continent - approximately 6.1 percent of Africa’s entire GDP and over three times the US$ 19 billion that it receives in aid.

It claims that most of this outflow is due to multinational companies deliberately misreporting the value of their imports or exports to reduce tax, and suggests wealthy countries are to blame for their failure to curb tax dodging.

"The British government bears special responsibility in this since it sits at the head of giant network of overseas tax havens facilitating this theft," states the report. "Something that could easily become a greater problem post-Brexit."

The report cites London School of Economics academic Gabriel Zucman, who in 2014 estimated that rich Africans were holding some US$ 500 billion offshore, amounting to 30 percent of the entire continent’s financial wealth.

The combined legal and illegal outflows leaves Africa with a deficit of US$ 41.3 billion.

"There’s such a powerful narrative in western societies that Africa is poor and that it needs our help," Aisha Dodwell, a campaigner for Global Justice Now, told the Guardian.

"This research shows that what African countries really need is for the rest of the world to stop systematically looting them," she said.