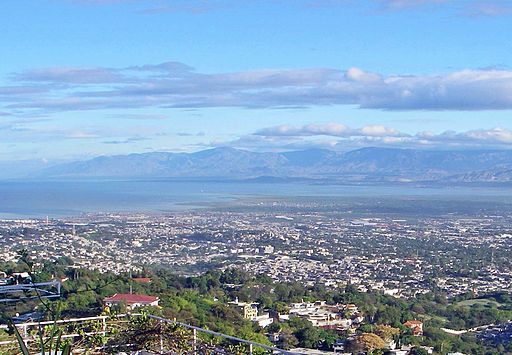 Port-au Prince, Haiti (Photo: Elena Heredero, CC BY 2.0)Philippe admitted that he abused his position as a high-ranking police commander by enabling a safe passage for narcotics shipments into the U.S. from 1999 and 2003 in exchange for bribes between US $1.5 million and US $3.5 million.

He gave some of the drug proceeds to Haitian police and security personnel to garner their cooperation, the Justice Department said. The rest was deposited into his bank account and partly used towards the purchase of a Florida house.

"Philippe cast aside his duty to protect and serve the people of Haiti," said Benjamin G. Greenberg, acting U.S. attorney for the Southern District of Florida.

In 2004, Philippe led a revolt to help oust former president Jean-Bertrand Aristide. He was elected to a six-year senate term in November but arrested in January on U.S. drug charges lingering from 2005. Philippe was transferred to Florida only three days before he was to be sworn in, which would have granted him immunity from punishment.

Zeljka Bozanic, Philippe’s defense attorney said it was difficult to face trial after more than a decade since his indictment.

Philippe’s hearing is set for July 5th. He could receive a maximum  sentence of 20 years, but under the federal sentencing guidelines in his plea agreement, he will likely face between nine and 11 years in prison.