Nigeria’s anti-corruption agency on Wednesday raided an upscale Lagos apartment and found more than US$43 million in filing cabinets and wardrobes, the Globe and Mail reported. 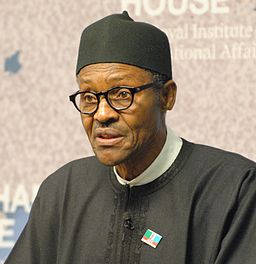 Buhari suspended the spy agency’s director, Ayo Oke, pending the probe but also another top civil servant, David Babachir Lawal, who is under another investigation, related to alleged corruption concerning government funds intended for a humanitarian crisis in northeast Nigeria, where famine has distressed millions of people.

The latest cash discovery is only one of several for the anti-corruption agency which in recent weeks has found millions of dollars in U.S. and Nigerian currency in other locations in the country, including an international airport.

The incidences are believed to be unrelated but speak to the scale of money fraud in Nigeria.

The second investigation, Mr. Buhari’s suspension of David Babachir Lawal for allegedly violating the law in the award of contracts for the government relief program in Nigeria’s northeast, is also the latest case that calls the country’s political integrity into serious question.

In recent years, billions of dollars in oil revenue have been siphoned off by the politically connected elite and money has disappeared into “fictitious and phantom” military contracts intended to fight Boko Haram, as millions of Nigerians continue to suffer from the conflict and are on the brink of famine.

Mr. Buhari requested both investigations to report to him within 14 days.