Guatemala detained Saturday the former governor of Mexico’s Veracruz state who fled his country last October after he was accused of diverting millions of dollars from state coffers to phantom companies, the New York Times reported. 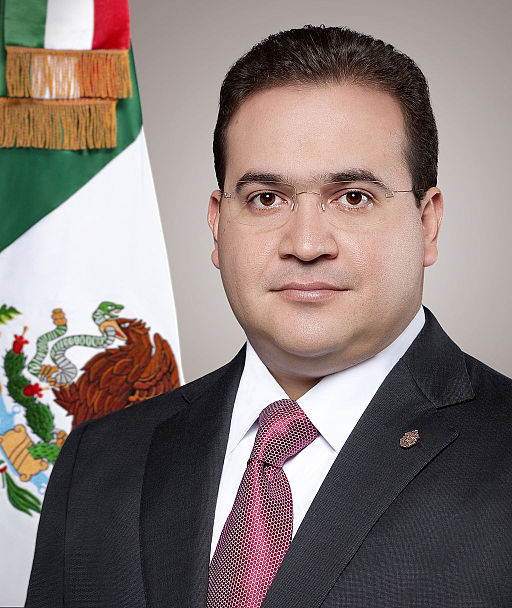 Javier Duarte (Photo: CorsicaRT, CC BY-SA 3.0)The ex-governor was captured while with his wife in Panajachel, a picturesque tourist town in the highlands of Guatemala and is facing extradition. He has denied all charges against him which include graft and organized crime.

Javier Duarte’s capture is the latest to draw attention to government corruption in Mexico.

Other officials recently accused of corruption, include Edgar Veytia, the Attorney General from the state of Nayarit who was arrested last month for conspiring to smuggle drugs into the U.S.

Another ex-governor, Cesar Duarte of Chihuahua, not related to Javier Duarte, is wanted on suspicion of corruption and is believed to have fled to Texas. Duarte, Yarrington, Veytia and Cesar Duarte were all members of Mexican President Enrique Peña Nieto’s ruling PRI.

Javier Duarte, 46, was governor of Veracruz from 2010 until last October when he stepped down saying he was doing it to face allegations of siphoning tens of millions of dollars earmarked for social programs to a network of phantom companies used to buy among other luxuries, properties in Mexico, Texas and Florida. But instead, he vanished.

Mexican authorities have found millions of dollars purportedly linked to Duarte, seized his property and businesses, and froze more than 100 bank accounts.

Duarte became a symbol of corruption during his term in office as widespread disappearances and rampant violence including the murder of 17 journalists plagued Veracruz. He was transferred to a Guatemalan military prison on Sunday, guarded by two dozen police officers and is facing extradition to Mexico.

"Justice will be done," said new Veracruz Governor Miguel Angel Yunes, a critic of Duarte. "Let there be no mercy for those who were merciless to the people of Veracruz. There will be no pardon."