The Hong Kong Monetary Authority (HKMA) fined the private British bank Coutts HK$ 7 million (US$ 900,000) Tuesday for breaching anti-money laundering rules, after the bank had been hit with similar fines in Switzerland and Singapore for its connection to Malaysia’s 1MDB scandal. 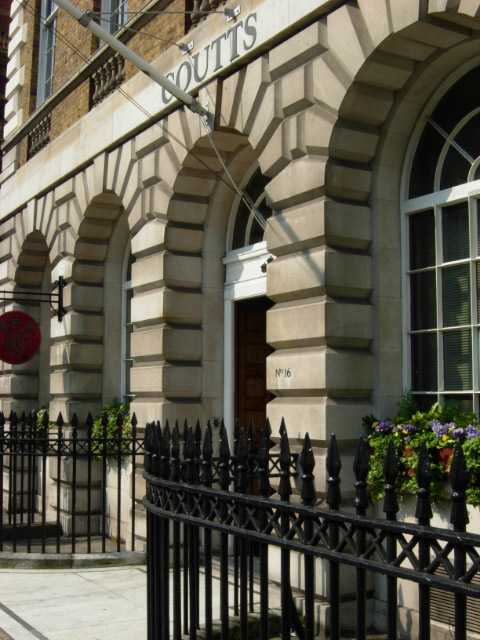 Coutts Bank in London (Photo: Stephen McKay)The HKMA claims that, between 2012 and 2015, Coutts’ Hong Kong branch failed to set up adequate procedures to identify clients at high risk of corruption and money laundering.

According to the South China Morning Post, the bank allegedly continued a business relationship with one client even after it discovered that the client was a “politically exposed person,” meaning a public official vulnerable to corruption by virtue of his or her position.

The authority said in a news release that “it needed to send a clear deterrent message about the importance of effective internal anti-money laundering controls.”

Although HKMA do not identify the client in question, Coutts recently faced similar fines for its connection to the ongoing 1MDB scandal - a plot to loot and launder US$ 4.8 billion from the Malaysian state fund, according to the Financial Times.

In December, Singaporefined the bank US$ 1.7 million for allowing funds stolen from 1MDB to be laundered through its accounts.

“I feel very uncomfortable with this guy and the transactions that are going through the account,” one employee noted in an internal email. “I think the management has to make a decision whether to keep this relationship.”

Authorities in the U.S. accused Low of masterminding the scheme, allegedly using the laundered money to buy luxury properties, art and a US$ 35.4 million private jet, according to the Financial Times.

As a result, FINMA fined the bank, which is one of the world’s oldest and counts Queen Elizabeth II among its clients, US$ 6.1 million for the same amount it made in “unlawfully generated profits.”

The 1MDB scandal remains under investigation and has embroiled numerous international banks, as well as Malaysian and Saudi government officials, according to The Guardian.